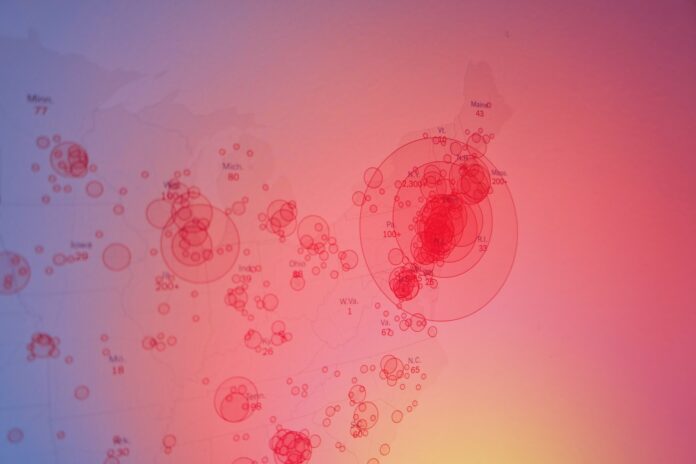 The latest data from the Office for National Statistics (ONS) suggests that the rate of people testing positive for coronavirus in England appears to have reached a plateau of consistency.

The data in question covers the time from August 3 to 9. It reveals that around 1 in 1900 people in the country are expected to have contracted the coronavirus. The estimate suggests that there are about 3,800 new coronavirus cases each day.

These figures however similar they are to the data acquired last week are not comparable according to ONS. They remind people the modeling approach applied last week has changed this week and therefore the data is different.

What’s comforting about this new data by the ONS is that they conclude that the new information does not show any clear rise or fall in the number of people testing positive for coronavirus in England since the previous week.

The ONS team confirmed that there was some apparent evidence that there was a little increase in the number of coronavirus cases in July right after falling to a low point in June but as of yet data shows that threat has leveled off.

This data arrives just as Boris Johnson decided to ease lockdowns furthermore. Such reopenings were halted at the beginning of August now however areas like play areas, bowling alleys, ice rinks, and close-contact beauty services are being allowed to reopen from Saturday.

On Friday however, the government also announced that areas in northern England, as well as Leicester, will continue to be under a tight lockdown because such areas show a sharp rise in infection rates.

Also Read: As the World Nears 20 Million Coronavirus Cases, WHO Thinks There is Still Hope

According to the figures provided by the government, for the whole of the UK, the growth rate for coronavirus infections now lies between -1% – 4% and also 0 to -4% for England specifically. The R number for the entirety of the UK, however, is between 0.8 and 1.0.

But these figures do not come without a note of additional caution: they not that more timely or current data regarding the infections will suggest an even higher R number for England than the number they proposed. Therefore Sage (the scientific advisory group for emergencies) does not conclude with absolute confidence that the R is below 1 currently for England.

On Friday in the UK, a further 11 deaths from coronavirus have been recorded. This figure represents the number of people who passed away 28 days after testing positive for coronavirus.

The ONS also notes after carrying out antibody testing in the population, that the percentage of people who have tested positive for antibodies is higher in London than in Humber, Yorkshire, The south-east, the East Midlands and also in the south-west of England.

The figures appear similar to a React2 study that was released on Thursday that revealed that about 6% of people in England had the coronavirus based on a home test kit for antibody testing that was provided to at least 100,000 people.

For Wales, there may be good news. If the infection rates that are considerably lower in wales remain stable, groups of households as many as 4 could be allowed to gather together from August 22.