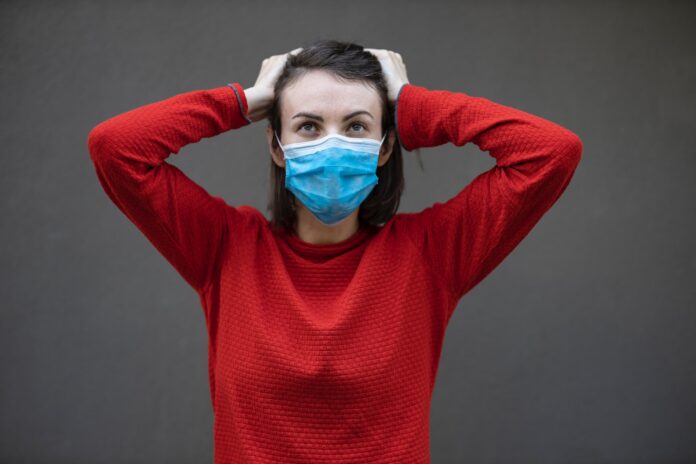 Gary Stradiotto is a professor at San Diego university and is among the 30,000 volunteers who are helping test Coronavirus vaccine shots under the US government.

The 52-year-old professor received a shot from an experimental mRNA-1273 vaccine that was developed by the National Institutes of Health (NIH) and the biotech firm: Moderna. Stradiotto is a political science professor at the University of San Diego; he says he signed up for the trial because it appeared to be the right thing to do.

Last Thursday he received his first 100mg dose of the vaccine and is expected to receive his second and his last injection on August 26.

Moderna’s coronavirus vaccine shots are among the potential candidates in the final lap of the worldwide vaccine development race. This comes just as the US leads with more than 155,000 deaths and passes 4.6 million reported coronavirus cases as shown in government figures.

Stradiotto says his decision to partake in the volunteer program came about because he couldn’t foresee any other way the pandemic could reach an end other than by having a successful treatment or vaccine against it.

He admits he felt nervous when an EMT stood beside him just in case of any medical emergencies as a result of the shot. He says he reported an ache in his arm but it was short-lived.

Also Read: Researches Show What the Real Coronavirus Mortality Rate May Be

Stradiotto however hasn’t experienced any sort of serious side effects after the shot and is quite happy he went through with the shot.

The Biotech firm Moderna is working very closely with the Biomedical Advanced Research and Development Authority and The National Institutes of Health (NIH). They are in close touch with the National Institute of Allergy and Infectious Diseases’ COVID-19 Prevention Network (CoVPN), to carry out the phase 3 of the COVE study.

Stradiotto says the staff at the testing facility thinks this vaccine could soon be available if the tests prove successful.

The study is about two years long but if all goes to plan and the tests show good results the clinical staff believes the vaccine may come out in February of next year, he says.

The professor signed up to find a solution to this global health crisis and was accepted and sent to the Medical Center for Clinical Research in San Diego on Thursday.

He says he had to be weighed and had to provide his height measurement including blood pressure and had them draw a bit of blood beside a nasal swab to see if he had any antibodies.

Then they took him to a vaccine room to give him an injection just below his shoulder. After he received the shot, he was taken into a separate room and made to wait 30 minutes to make sure he didn’t have any serious reaction to the shot. For protection, an EMT stood standby for any medical emergency that could take place as a result of the shot.

After two doses, scientists will track closely which group experiences more infections as they live their lives, specifically in areas where the virus is rampant and unchecked.

Unlike most studies, Moderna does not have a contract yet with the US government, that currently plans to purchase about hundreds of millions of coronavirus vaccine shots being developed by two companies.

Normally a new vaccine made from scratch requires at least 2 years to be created but given the current situation, researchers are speeding up the process because a coronavirus vaccine shot is possibly our only chance against the lethal coronavirus.

Which Face Mask Protects Best Against The New Coronavirus Variants?