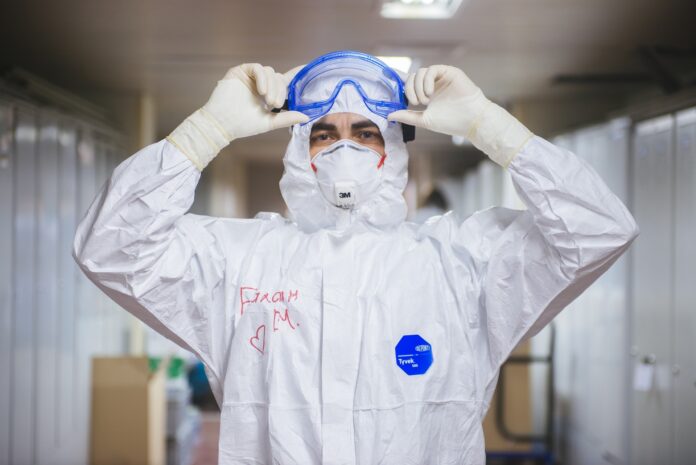 Most of the world is struggling with the deadly coronavirus but scientists still do not collectively answer how lethal is the coronavirus. The latest data from Italy however suggests that the virus can kill more than 7.4 percent of patients.

Since the beginning of the pandemic experts have pondered over what the exact coronavirus mortality rate really is, a question that has baffled them ever since it emerged in December of last year.

World Health Organization chiefs initially reported that the infection-fatality rate was only 3.4 percent but now, this week there has been a change in their statistic. They estimate it is now 0.6 percent.

The experts who took to analyzing the virus data from a town in Lombardy, a region in Italy, discovered that 1 in every 13 people who catch the infection eventually die suffering from the disease.

An epidemiologist that has been reviewing death rate pieces of evidence claimed he had never seen higher death rates in his life from an illness.

He also proceeded to point out data from another study taking place in Qatar that found that the coronavirus mortality rate maybe 0.01 percent. A mortality rate of 0.01 percent means for every 10,000 cases there is only one death in the masses.

Gideon Meyerowitz-Katz from the University of Wollongong in Australia says it is perhaps the lowest rate he has ever seen.

Antibody surveillance studies have also produced surprisingly varying results across the globe. The data recorded varies from as low as 0.25% to 1.4 %.

A top WHO official however revealed earlier this week that the agency believes the most accurate guess on the coronavirus mortality rate is 0.6 percent.

Dr. Maria Van Kerkhove admits that the estimate is drawn from data taken from several different studies and though It may seem like a small number it is quite significantly high.

According to the estimate, the virus can kill at least one in every 167 patients; this makes coronavirus six times more lethal than the seasonal flu.

The infection fatality rate differs from the case-fatality ratio, which is a different measure of the number of people who die from the virus and is based on only cases that have been confirmed.

This however is not wholly reliable since most infected individuals have gone untested for COVID-19 during the entire pandemic.

For instance, the CFR ratio is about 15 percent in Britain. This means that the disease is 30 times more lethal in the UK contrary to what WHO believes.

The IFR is an estimate that shows the overall number of deaths from the virus including those who are asymptomatic and have not been tested.

For accurate measurement of the IFR, scientists need to find how many people have caught the virus.

Millions of people could have caught the disease and have been missed out during testing considering the lack of capacity being experienced in the early days of the pandemic.

The only way an accurate estimate can be brought about is by seeing how many people have produced antibodies against the virus.

When patients are infected, their bodies make antibodies to fight the virus. Antibodies are proteins created by the immune system to find and eliminate pathogens in our bodies. Even weeks after healing from the disease, the antibodies remain in the body.

It is important to note however that not all people develop antibodies if their immune system kills the virus. Studies show that antibodies disappear over time and become undetectable when tested.

Since June 21 however only 184 cases were officially reported, just a week before the study by Gabriele Pagani and colleagues got published.

In comparison, if the same death rate is applied in the UK, about 46,300 people in the UK have died officially after contracting the lethal virus. This means that 625,000 people might have died from coronavirus if the IFR number 7.4 percent was true. This is what becomes a cause of great astonishment for researchers.

Meanwhile, an antibody surveillance study review by Stanford University experts suggests that the mortality rate of coronavirus is about 0.25 percent. This is an important number to note as most researchers almost round up to this also.

In comparison, it is interesting to note seasonal flu can kill about 0.1 percent of those infected and Ebola is lethal to about 50 percent of all total cases.