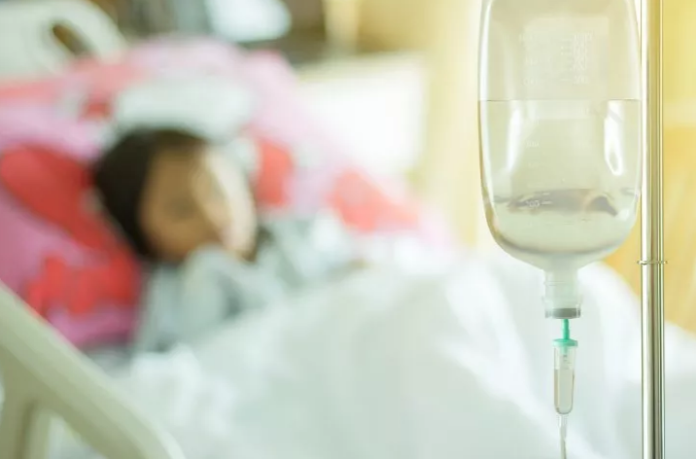 A 4-year-old girl from Iowa was diagnosed with extensive brain damage and she almost lost her vision all because of a viral flu infection over the Christmas season, as demonstrated by her family.

Jade Delucia, the little girl told her family members that she is not feeling very well on Christmas Eve. The next day, her family found her unconscious and hurried her to the hospital’s emergency.

Delucia’s granny, Courtney Frey, shared that the parents of this little girl couldn’t think of any dangerous thing when she complained about not feeling well. But they rushed to the hospital when her fever was reaching above 100 F at home.

At the emergency center, she encountered multiple seizures and was immediately transferred to the University of Iowa Stead Family Children’s Hospital. During a MRI scan, the doctors were able to diagnose her brain damage.

The doctors further ran a number of tests and found that she was actually suffering from an influenza B infection that has taken up to her brain and damaged it.

Frey expressed: “It was touch and go. She just couldn’t breathe. The flu had built up in her lungs. Her brain had swelled.”

After more than seven days, the girl woke up and Frey couldn’t hold her tears telling that “She opened her eyes and started to move her little hands, and we just started to see a little bit more of her come back to us.”

Jade’s mother,  Amanda Phillips, created a Facebook to share news on her daughter’s health.  She further wrote that her daughter would be discharged by the hospital within a few days. She also shared a video of the little girl in the hospital, trying to play with a toy and explained that she is unable to see anything.

But an eye specialist who visited the girl told her eyes were healthy and hoped that Jade will be able to regain her eyesight soon.

Delucia’s next-door neighbor and a family friend have set up a GoFundMe page to collect funds for her treatment. The family is currently experiencing overburdened finances. This funding page has collected over $6,400 donations till the date.

Many other fundraising activities such as selling bracelets and beauty parties are also contributing to Jade’s treatment.

U.S. CDC – Center for Disease Control and Prevention says that five years old and younger kids, especially under two, are at a high risk of getting flu complications such as this case of Jade. Combined with pneumonia and encephalopathy, common issues of sinuses, and ear sicknesses may cause irreversible loss to health.

Every year millions of kids become a victim of viral flu. The national public health institute advises parents to make sure that their child is vaccinated before the flu season hits. It also emphasizes following the necessary steps when suffering from flu, so that it is not transmitted to other people.