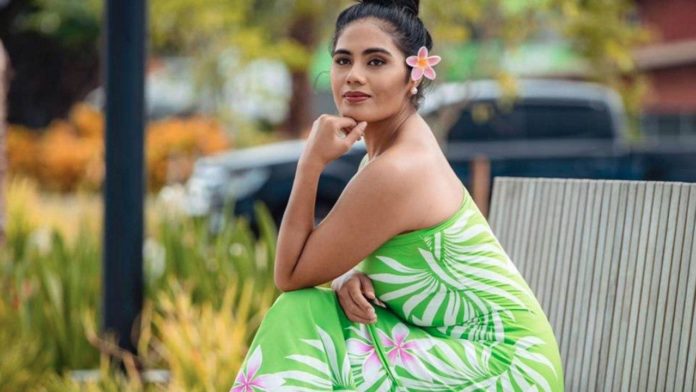 The beauty queen of Samoa, Fono McFarland-Seumanu faced a fatal outbreak of measles in the country as soon as her reign started. The deadly disease affected around 6000 people and killed 83 locals and most of them were babies. Lockdown was implemented in the country to contain the outbreak and vaccinate the population against measles.

As the emergency due to measles ended, the country faced another crisis due to the coronavirus. The Samoa beauty queen, went to rural villages two times in a week and provided vaccines to children at their homes. She is now working to fight against the novel virus which has hit the country of a small population of 200,000 and makes this island coronavirus-free.

Fono is promoting safety guidelines for the residents of Samoa against the coronavirus using her social media. Samoa is one of the few fateful countries that do not have any confirmed COVID-19 cases. The country is again shut down to fight the virus right after facing an outbreak of measles and mass vaccinating thousands of residents to protect them against the fatal disease.

Fono, the 24-year-old beauty said that she believes the world took advantage of our experience of fighting measles and the response of the world against the coronavirus pandemic shows that.

The government of Samoa took the health care system of the country into consideration after fighting the measles epidemic and later it helped to make the country coronavirus-free.

The director-general of health for the Ministry of Health, Take Naseri said that the health department is aking the coronavirus pandemic seriously after an outbreak of measles killed around 90 people in Samoa. The measles outbreak has caused them to improve their health care system and the strict restrictions on traveling prevented the coronavirus from invading Samoa island.

The authorities also formed a quarantine facility at Faleolo hospital in January which is right next to the international airport of the island.

In the mid of February, the travelers coming from Hong Kong and China were not allowed to enter Samoa until they had spent a quarantine period of at least two weeks. Some people were even sent back on arrival at the island. The number of restricted countries was increased as the coronavirus spread all over the world.

The next month, all international flights were canceled and foreign traveling was banned. Moreover, social distancing rules were implemented and gathering of five or more people was prohibited.

The assistant professor of epidemiology at Yale School of Public Health, Nicola Hawley said that Samoa was accidentally prepared for the COVID-19 outbreak right after the measles epidemic took many lives in the country. She also said that only some countries have recent experiences when it comes to such a crisis.

Fomo was born in New Zealand and also brought up there and her parents came from Samoa. Her father worked as a pastor and her mother a mental health worker. She moved to the island, Samoa after becoming the Miss Samoa beauty queen in September 2019.

The Samoa government urged medical teams from other countries to help during the measles crisis as there was a shortage of people to mass vaccinate the population. Fono was a certified nurse so she was allowed to volunteer in the vaccinating program.

Fono is glad that her message about vaccination and preventing coronavirus infection got across different platforms and reached people in the mid of a global crisis and also helped her country to become coronavirus free.