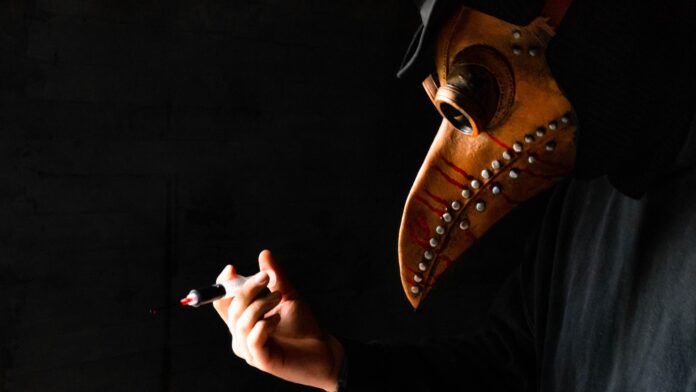 This weekend a squirrel tested positive for bubonic plague in Colorado. Since then a health warning has been issued in the region amid fears that there seems to be an increase in plague activity.

Southwest of Denver, in the city of Morrison, is where the sick squirrel was found. It is the first-ever case of the plague to have been reported in Jefferson County.

The plague is a contagious disease caused by a special kind of bacteria: Yersinia pestis. This disease can be picked up by both household animals and humans if preventative measures and precautions aren’t taken, says Jefferson County Public Health.

Health officials however assert that as long as people take proper precautions, the risk of infection is highly unlikely.

The Colorado Department of Public Health and Environment has released reports saying they have observed an increase in plague activity in Colorado. They confirm that cases have already been observed in Broomfield which is just northwest of Denver.

The plague can be spread if a flea bites a human or an animal who carries the infection coughs on a human.

The bubonic plague was historically discovered to be spread by fleas who lived on wild rodents. If not treated promptly, the illness can kill the patient within 24 hours.

As for animals, cats are suspected to be most vulnerable to the plague and may die if they do not receive medical attention with antibiotics.

Similarly, it is also possible for cats to contract the infection from both flea bites and rodents. Comparatively, dogs are less vulnerable to the disease but they are capable of picking up fleas that harbor the plague.

Symptoms of plague are reported to include chills, fever, headache, nausea, and extreme pain and swelling of lymph nodes. These symptoms show up within seven or two days after contracting the illness.

In today’s modern age of medicine however, the plague can be treated using antibiotics if the illness is found early.

Guidelines that the Jefferson County Public Health recommends for the well being of people against the plague include:

The World Health Organization (WHO) said last week that it was carefully watching the case of bubonic plague that was discovered in China after authorities in Beijing let them know of it.

A WHO official claims that the situation was under control and well managed by China and it should not represent a high risk.

Mongolia also found two cases of the plague in their province of Khovd. Two brothers who had consumed marmot meat had caught the disease by the end of June.

Looking back at history, bubonic plague is one of the most lethal diseases ever recorded since it has killed about 100 million people in the 14th century.

Margaret Harris is a spokesperson for the WHO. She spoke at a virtual briefing saying the bubonic plague never left and has been around for centuries.

She also relaxed concerns surrounding the case discovered in china saying the WHO is watching bubonic plague activity in china and currently it appears well managed.

Since the 18th century, cases of bubonic plague have almost completely disappeared though a few do show up here and there. 90 percent of all cases are now found in Africa although the US has also experienced some cases in its western states, there is no reason for concern as modern medicine can cure it if treated in time.