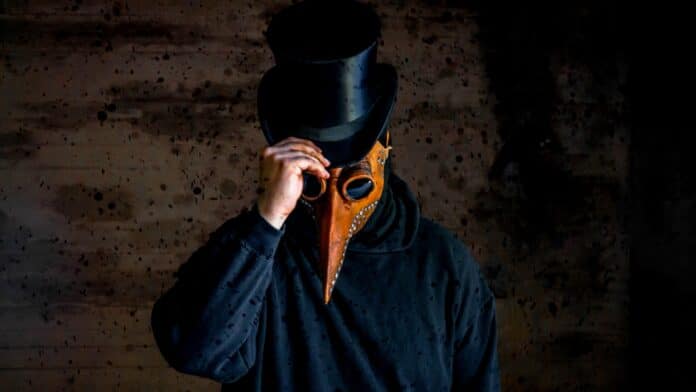 While most of the world battles the new coronavirus, the old bubonic plague has become another threat to China. An illness that caused the great Black Death pandemic in the Middle Ages is no small infection but one capable of taking many lives.

A case of Bubonic place emerged recently in Inner Mongolia when a herdsman fell ill and reported symptoms to a local hospital.

The hospital where the patient was being treated reported municipal authorities of the nature of his illness. The very next day thus local authorities issued a level 3 warning citywide to control and prevent the plague from spreading.

A state-run news agency reports the warning will remain till the end of this year to protect the population from the lethal illness.

The plague has three forms and Bubonic Plague is one among three. It is capable of causing painful swelling of lymph nodes besides chills, coughing, and fevers.

The Bayannur city health commission confirmed on Sunday that the herdsman is undergoing treatment and has a stable health condition.

The disease that caused the Black Death in the middle Ages is caused by bacteria. The bacteria Yersinia pestis bacterium spreads through fleas that catch the infection from rodents.

In most of Inner Mongolia however, the host is another creature; a marmot which is a kind of large ground squirrel. These creatures live in rural areas and are a delicacy in some parts of China as well as in the neighboring country of Mongolia.

Historically in this region of the world, marmots have been the cause of plague outbreaks.

In China back in the year 1911, marmots were suspected to cause the pneumonic plague epidemic which proved lethal for 63,000 people living in northeast China. Pneumonic plague is another variety of plague caused by the same bacterium. It is the only form of the plague that is transmittable from person to person via respiratory droplets.

In November, two people from Inner Mongolia, reported by Beijing officials to have been suffering from this specific type of plague.

According to the World Health Organization, if left untreated, pneumonic plague can kill. While the bubonic plague is only lethal in about 60-30 percent of untreated cases. The good news is however that given early, antibiotics can cure the illness.

Bayannur health authorities are giving out urgent warnings to people and asking them to take not only extra precautions to stop the risk of human to human spread but also to stop eating and hunting animals that could cause a possible infection.

Currently, the potential threat of a human plague epidemic transmission in the city is very real, local health authority says.

Bayannur authorities also urge the public to report back any evidence of dead or sick marmots. In the previous plague epidemic back in 1911, the creature was killed for its fur and was a favorite among international traders. The fur that carried the disease was traded and transported as products around the country and thus infected thousands among the population.

Although the epidemic came under control within a year, marmot-related infections of the plague consistently reappear decades later.

The World Health Organization (WHO) calls the plague a re-emerging disease. Although modern medicine can treat the illness, it has not eradicated it. Cases of the illness appear every year according to the WHO. In countries like the Democratic Republic of the Congo, Madagascar, and Peru, plague exists as a consistent constant illness, which makes the disease, not one of the past but also the present.