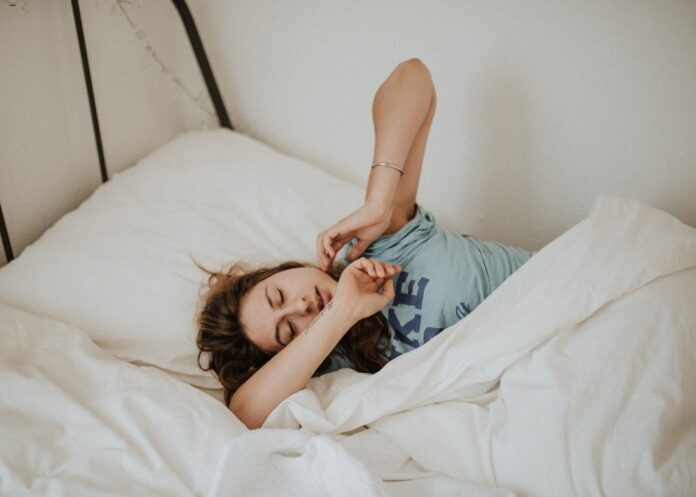 Sleep apnea is a condition that leaves its sufferers distraught and without proper sleep. This condition is recognized by the sufferers’ inability to breathe properly while asleep. For some, the breathing stops altogether during sleep. Sleep apnea treatment includes things like CPAP which is a form of treatment given using a machine that provides sufficient pressure in your throat to make sure it doesn’t obstruct itself while breathing. Most patients find it difficult to keep up with CPAP but new research suggests their worries may soon be over.

The latest treatment for sleep apnea works on different levels to solve the problem. The treatment includes surgeries such as the removal of tonsils, changing the position of the palate, and the reduction of tongue size via radiofrequency treatment. Doing such procedures ensures the opening up of the usually obstructed airway and assists breathing, according to researchers.

Dr. Stuart Mackay led the study team; he is an honorary clinical professor in Australia at the University of Wollongong. He believes since this condition is relatively common and most people struggle with treatments like CPAP machine masks, surgery be a good idea especially if an expert is taking on the case.

According to the researchers, about 1 billion individuals globally suffer from this condition, such people also have a higher sleepiness risk during the day, risks like crashing while driving, and a likelihood of strokes or heart diseases.

Although CPAP is a successful treatment it is one that can be difficult to warm up to, seeing as one must learn to live with a long tube and a mask. According to the study, half of all sufferers try this treatment as for most it is a struggle to get used to.

102 obese or overweight people suffering from sleep apnea volunteered to take part in the study, they hailed from 6 different health centers across Australia, most of them of the average age 40. The motive of the study was to find whether surgery could be a good alternative sleep apnea treatment and help those that would not choose CPAP masks for treatment.

Half of the total people taking part in the study randomly got assigned their surgery times while the rest of the fifty-one were given medical treatment. This included things like weight loss encouragement, advice for reduced consumption of alcohol, sleeping in different sleep positions, and having their nasal obstruction medically treated.

In many parts of the world, this surgical way of treating sleep apnea is available, says Mackay. In the study, the surgeries that took place were done by 7 different expert surgeons.

6 months post-surgery, volunteers were then asked about their sleep apnea events at night and they reported a 27 percent decrease compared to a reported 10 percent decrease they recorded for those that received medical treatment instead.

One of the benefits that the surgery group reported was a decline in levels of snoring as well as the frequency of sleepiness during the day. This greatly improved their quality of life.

The surgery however does not come without risks, the main ones being the risk of bleeding and pain for as long as 2 weeks after the procedures take place. 1 in every twenty-five patients, bleeding is observed. Among long-term risks are things such as a disturbance in the sense of taste, dysfunction in swallowing, and some sticky feeling in the throat.

According to Dr. Steven Feinsilver, this study seems to hold merits but at the same time, he notes that breathing still does not become normal for those that undergo the sleep apnea treatment which suggests that such a treatment may be advisable for only a selected type of individuals suffering from sleep apnea.