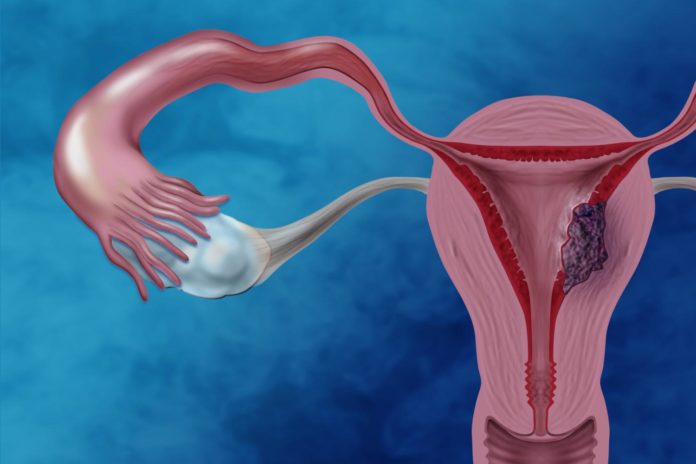 A recently published molecular study of endometrial cancer explains the role of proteins and key genes in the progression of this disease. This is the first-ever detailed study on endometrial cancer that proposes new treatment methods that could be designed separately for each patient as well as potential biological targets for designing a drug in the future. The study is published online in “Cell”.

The research team presented their results by measuring the level of key proteins. These proteins are the mainstay molecules that are involved in forming the cellular structures and signaling networks.

Researchers find that the expression of protein levels in the cancerous cells is the result of functional changes at the genetic level that alter the risk of endometrial cancer. By focusing on proteomics, analysis of protein interactions and functions has been done on a large scale. The comparison has been made between proteins levels in 49 normal uterine tissue samples and 95 uterine tumors.

Also read- Save Yourself from Norovirus This Winters

David Fenyo who is the senior co-author and professor in the Department of Biochemistry and Molecular Pharmacology and in the institute for Systems Genetics at NYU Langone Health said, proteomics showed that cancer risks cannot be determined by the experiments in which only changes in the genetic code are observed.

He added a type of protein is identified that is found to be active in some specific tumors and these active proteins help the researchers to design the potential treatments for fighting against tumors.

Endometrial cancer is originated from the lining of the uterus and it is the sixth most common form of cancer among women across the world. In 2019, 12,160 deaths occur in the US due to this cancer. Endometrial cancer can be diagnosed at early stages in women and can be cured. But most of the time some tumors reappear with more severe clinical conditions and it leads to death.

The new study is based on The Cancer Genome Atlas (TCGA). In 2013 this research highlighted the genetic underpinnings of many cancers. In the same way, the new study not only looks at one aspect of molecular biology, but it studied all the factors that play a role in causing cancer.

The study also observed the chemical changes that occur in protein after synthesis known as post-translational changes. By seeing these modifications scientists were able to find out the step where proteins are” switch on or off”. More than 12 million differences have been examined by the researchers between the cancerous and normal cells. The changes were observed in the RNA, DNA and protein levels of the cells.

A team of researchers at NYU Langone revealed that there are two types of endometrial cancer one is highly aggressive and the other is less aggressive. Both these types look similar under the microscope. The indication of two types of cancer helps the clinicians to treat the patients with better approaches at different levels.

Also read- WHO States the End of Coronavirus Cannot Be Predicted

Emily Kawaler who is a student of NYU Grossman School of Medicine said that for many years’ cancer is only studied at the genetic code level known as genomics. This is an effective but very basic way to observe cancer. By seeing the protein interaction, changes in RNA and DNA scientists can learn more about the cancer formation.