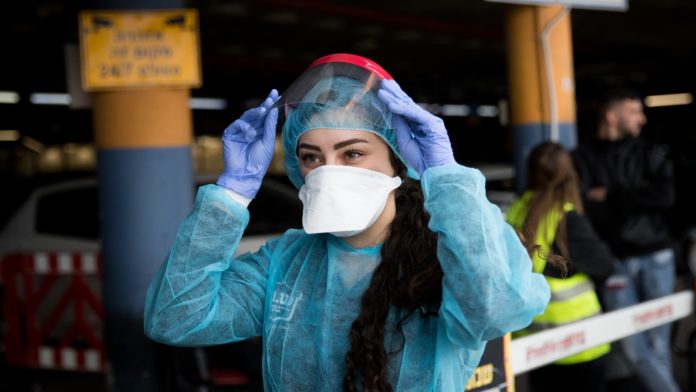 Recently, the fifth case of the novel Chinese coronavirus related death has been reported in the country of Taiwan. The number of deaths caused by the coronavirus infection has now crossed one thousand and six hundred globally.

Currently, the coronavirus epidemic has caused much concern around the world. Governments of different countries are increasingly making efforts to ensure the viral infection does not spread further.

This has led to not only airport screenings for the virus but also a ban on flights to and from China. The majority of the airlines have even announced a further delay in travel to any region within China.

Consequently, the health experts at World Health Organizations have also met Chinese government officials several times to discuss the potential methods that could be taken to prevent the further spread of the coronavirus infection.

At the same time, some Chinese experts had also reported that the epidemic was about to reach its peak in a few days and the number of cases may go down after that. However, so far, there have been no such signs.

In fact, the World Health Organization has instead announced that the coronavirus epidemic is a  ‘grave threat’ to the public health at a global level and its end can also not be predicted any time soon.

RELATED: WHO States the End of Coronavirus Cannot Be Predicted

Regardless of the preventive measures taken by different countries, the cases of the infection have been reported outside China in other countries including France, Hong Kong, Philipines, and Japan.

Other neighboring countries of China such as Mongolia have closed their borders. Mongolia has even imposed a ban on any sort of travel to China as well as public events along with public holidays in both educational institutes and offices.

On the other hand, one of China’s most significant trading partners, Kazakhstan has halted travel to China and also temporarily stopped giving citizenship to any Chinese citizens.

The newly reported case in Taiwan shows that the coronavirus epidemic may even further impact China’s international relations with its neighbors as well as other countries.

Reports show that the new case was of a sixty-one-year-old man who had been previously diagnosed with underlying health conditions. Though the man had not traveled internationally recently, he lost his life after being tested positive for the virus on Saturday.

The Health and Welfare Minister, Chen Shih-Chung, told the reporters “This latest case was an unlicensed taxi driver. His main clients were people who had been to China, Hong Kong and Macao,”

Therefore, authorities are now going through the travel history and the client list of the driver in order to discover the main source of the infection.

After the reported death, the relative of the victim was also tested positive with the coronavirus infection. The man was fifty years old and did not show any signs of the infection yet.

Now, Taiwan has twenty confirmed cases of having a coronavirus infection. The authorities hope that the infection can be controlled after the source is traced.