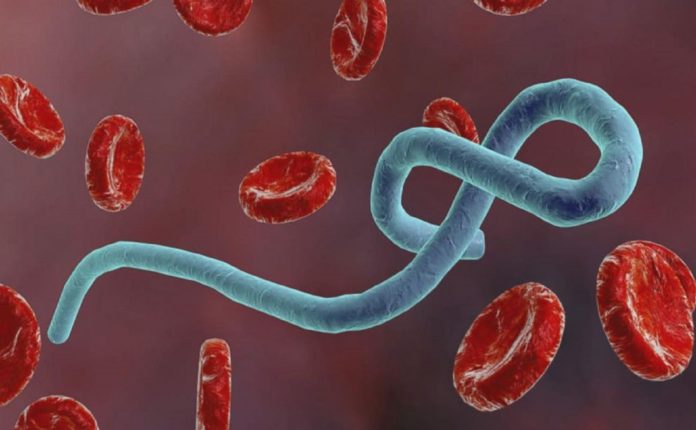 Recently, the U.S. Food and Drug Administration approved the use of Ervebo in the United States, which is the first-ever vaccine developed to combat the deadly Ebola virus disease in the Democratic Republic of Congo and elsewhere in the world.

Previously, there are several studies that have highlighted a number of negative and potentially life-threatening complications associated with the ebola virus.

It is a rare but deadly disease that can cause irreversible effects. The disease was first diagnosed near the Ebola river but scientists are not sure about where does the virus come from.

However, keeping in mind the nature of such viruses, the scientists assume it is animal-borne and is transmitted by non-human primates including bats. It can also transmit from one infected animal to other animals including duikers, monkeys, and apes.

The virus can spread through humans through contact with animal tissues and eventually to other humans via exposure to bodily fluids and blood. It is also possible to contract the ebola virus disease through sexual contact.

Even after a person gets treatment, the ebola virus can stay in the body and still spread to others. The affected person may also experience post-treatment complications including fatigue, weakness, and joint pain from time to time.

Therefore, doctors suggest getting treatment for the disease as soon as the early signs start to appear. The symptoms of the ebola virus disease include constant high fever, sore throat, loss of appetite, joint and muscle pain, pain in the stomach and weakness.

As these symptoms of the ebola virus resemble the signs of many common health conditions such as malaria, it is often hard to diagnose the disease in people. Health professionals recommend tissue and blood tests to confirm the diagnosis of ebola.

Upon early diagnosis, the symptoms of ebola are managed using different methods that include oxygen delivery, blood transfusions, electrolytes and fluids, and blood pressure medication.

Secondly, doctors may also prescribe medication for any other infection the patient may get during his or her time of treatment for the ebola virus disease.

However, it is difficult to control the virus in Congo, where it has been present since 2018 and affected over three thousand people. The previous outbreak in West Africa affected an even higher number of people and was responsible for more than eleven thousand deaths.

The scientists believe that the new vaccine for ebola virus disease can help in controlling the epidemic and prevent its further spread in the United States after the recent FDA approval.

The head of the FDA’s Center for Biologics Evaluation and Research, Peter Marks, comments on the importance of the vaccination in the words “Vaccination is essential to help prevent outbreaks and to stop the Ebola virus from spreading when outbreaks do occur,”

According to statistics from the World Health Organization, the fatality rate of the ebola virus is around twenty-five percent to ninety-percent. Therefore, the development of the vaccine is a big and fundamental step.