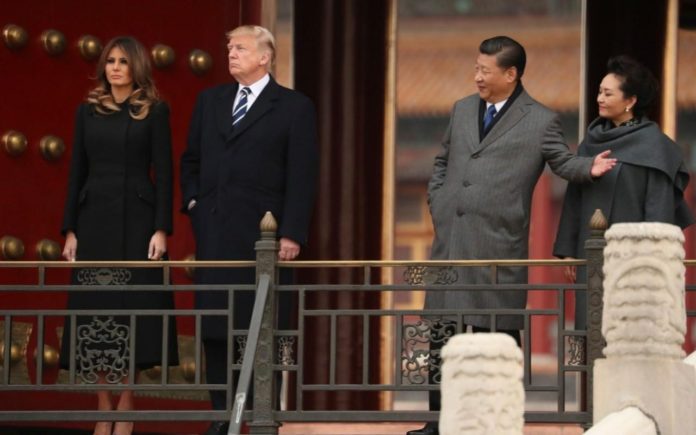 Recently, in an interview with The Wall Street Journal, the US President Donald Trump expressed his feelings about China being the one behind coronavirus transmission and ridiculed face masks by saying that people mess around with them.

President Donald Trump continues to ridicule the United States and virology by making things up from nowhere. As if making false claims about the corona vaccine were not enough, now he makes fun of face masks and the deadly disease.

He exclaimed how China was jealous of the US economy and punished the whole world for it. He also said that COVID-19 was no good and that he didn’t want people to wear masks.

On top of it, Mr. President said that he had no proof from their intelligence or whatsoever to back his statements, clearly inducing mass hysteria.

In the interview, he explained how China wanted the American economy to fall out to make way for becoming the greatest economy by overcoming the USA.

We all know the actions of the US government which led the state to the state where it is now. Instead of blaming China, the US should realize its mistakes before it is too late.

Trump says that people wear masks to avoid the virus and end up getting it because of them. He explained how people touch the inside of the mask with their fingers and then touch their noses and eyes to help coronavirus transmission.

As opposed to researchers and medical firms around the world and in his own country, Mr. President does not believe in the importance of wearing face masks.

Further, he told The Journal that “over-testing” is also one of the reasons for the spread of the fatal disease.

Dr. Anthony Fauci, a very well known specialist of contagious diseases based in the US repeats that increased testing is not the reason for the overspread of COVID-19 in the countries.

Trump took against his people by saying that those who wear masks do not take him as their president. He also revealed that it was not his main concern.

Mr. President explained his eagerness about the spreading of the virus due to wearing masks. With the situation of China again under the threat of coronavirus, it is highly unlikely that they were behind the spread of this deadly disease.

It is high time that Mr. President realized the competence of the Chinese medical system and look upon the mistakes in the past and start working them, otherwise, the results will shake the whole nation.

All things said it is clear that Trump does not straightforward claims about the Chinese role in the coronavirus transmission because of lack of evidence and says that they might have accidentally spread the virus due to lack of management and precautions.

The truth about the coronavirus mystery will uncover sooner or later, however, we should remain positive and take precautions rather than playing the blame-game.