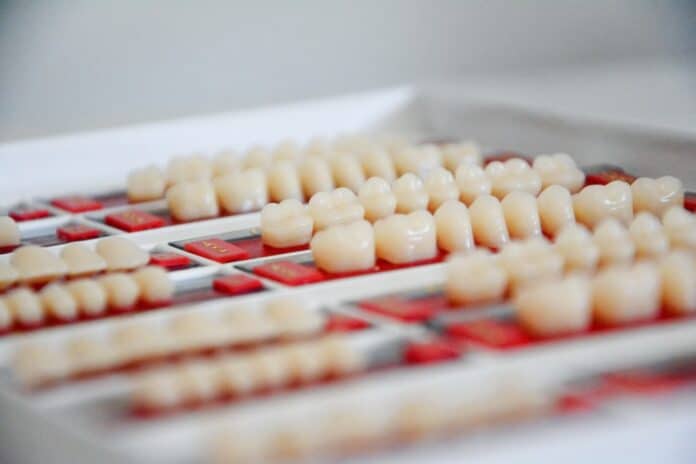 A recent study that sought to compare the responses of human dentists to those of artificial intelligence (AI) diagnostic system when asked to find tooth decay in radiographs shows AI systems were more accurate and consistent with their predictions on whether or not the radiograph showed tooth decay. This potential study could lead to major changes in dental care.

The study evaluated the agreement consistency between AI analyses and humans regarding a set of 8,767 bitewing periapical radiographs. The landmark study not only discovered the accuracy in how the AI diagnostic systems performed in identifying decay from dental radiology but also found a lack of common agreement among human dentists on a diagnosis.

Also Read: FDA Advisory Committee Advises Against The Use of Dental Amalgams in the US

There seemed to be a lack of consensus among human dentists, while some were able to figure out tooth decay, others could not.

Pearl CEO Ophir Tanz explains that the team of the study’s intention was only to show how successful a computer mind can be in learning diagnostics from dental radiographs but the unexpected discovery of finding major imprecision in dental healthcare is concerning.

He admits that while sometimes inconsistencies are normal as human professionals make judgments on a case to case basis but what he specifically finds concerning is the scale of inconsistency in the standard of care and what it can mean for the population at large.

Interestingly enough the study’s findings also give a push towards a possible solution, which is that dental healthcare can incorporate the AI’s ability to provide constancy into the foundation of how dental care practice takes place.

The AI system’s diagnostic conclusion not only was highly consistent but was also accurate when compared to any single dentist’s diagnosis, its diagnosis also held up even when compared to two separate dentists. What’s more, the AI surprisingly also appeared to be in agreement with the dentists than dentists were usually with one another.

The way the AI was made to learn and diagnose was by making it study about a million X-rays that were already evaluated by several hundred human dentists. Therefore the AI will be more likely to spot tooth decay because it hones the insight of all the dentists whose diagnosis it has learned from.

The authors acknowledged the potential limitations of their study and explained that they thought future studies should take to evaluating the accuracies of more defined diagnostic conclusions, Such as the intensity of decay and things like increasing human participants.

Dr. Sanjay Mallya is an Associate Professor and chair in the Section of Oral and Maxillofacial Radiology in the Division of Diagnostic and Surgical Sciences at the UCLA School of Dentistry. He also agrees with the researchers on the study and thinks other studies like this should take place.

He believes if dentists are given more data about the benefits of AI diagnostics it will contribute to their expertise and they will be more likely to incorporate AI diagnostics into their practice.

Till then, however, the study stands as truly first of its kind with data that shows how much potential the future holds for dental care and the use of AI’s as an aid to guide it.