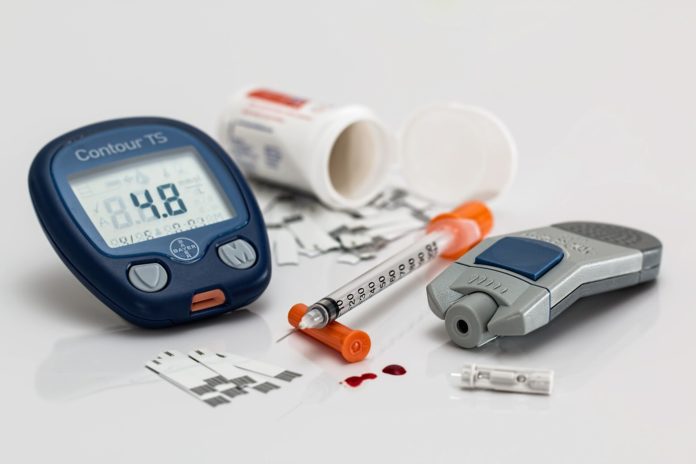 Recently, new research published in the journal Cell Metabolism shows the process of development of type 2 diabetes for the first time. In the study, the team of researchers from Newcastle University, which was led by Roy Taylor, who is a professor of metabolism and medicine, accentuated the strong link between ‘fat overspill’ and a higher risk of having type 2 diabetes.

According to the statistics on the disease, diabetes type 2 is one of the fastest-growing health conditions in the United States as well as around the globe. The Centre for Disease Control and Prevention shows that the number of Americans living with diabetes exceeds thirty million.

Around ninety to ninety-five percent of these cases are of type 2 diabetes. Previously, the adults over the age of forty-five were most likely to develop the condition. However, more and more young adults and children are developing the disease.

In diabetes type 2, the body’s ability to produce insulin is primarily affected. The disease is characterized by insulin resistance and high blood sugar. People living with the conditions also generally lack insulin required by the body to break down sugars.

The most common cause of developing diabetes type 2, especially in older adults, is having a sedentary lifestyle with poor diet and little exercise. In some cases, genetics can play a role in increasing the risk of having diabetes type 2.

Read more- What Does Science Say About the Twisty Relationship of Middle-Aged Women with Booze?

The treatment for diabetes may vary from person to person and typically includes medication along with significant changes in lifestyle. An early diagnosis and treatment plan can reduce the associated complications and may even reverse the disease. On the other hand, delayed treatment and late diagnosis can lead to multiple problems including kidney failure, heart disease, diabetic retinopathy, stroke, and even death.

The recent research confirms a previously purposed theory on diabetes type 2 which is Twin Cycle Hypothesis. The theory states the disease develops as a result of fat accumulation in different organs of the body but mainly the pancreas and the liver.

More precisely, the team of researchers noted that the built-up of excessive fat in the body, which is stored initially under the skin, transfers and gets stored in other unusual places.

It suggests that every person has a different ‘threshold’ of storing fat under his or her skin. Upon reaching the limit of that threshold, the body automatically starts storing fat in other parts of the body.

Hence, there is a fat overspill, where fat gets stored even in the pancreas and liver. As a result, the fat accumulates and affects the functioning of the genes that are responsible for producing the required amount of insulin.

This conclusion was reached after a two-year-long observation of young adults who had a diagnosis of type 2 diabetes. Furthermore, the team also tested if the development was reversible by putting the participants on a restricted diet with periods of food re-introductions in between.

Around ninety-percent of the participants were able to reverse their condition after reaching a healthy weight.

However, the study had a number of restrictions. The researchers stated that even if they noted a coherent temporal pattern we report in both remission and reversal of the disease, the relationship was mostly a correlation and association rather than cause and effect. The team plans on extending the research to five thousand people in the U.K. next year to further study type 2 diabetes.