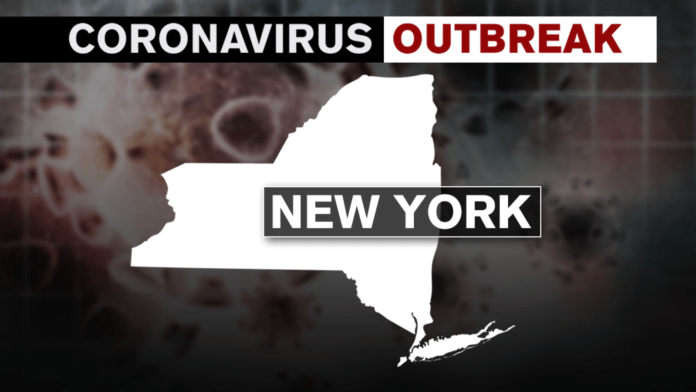 Museums in New York have closed their doors to the public, the city’s opera is silent, Broadway lights are fading as the city bans all gatherings exceeding 500 people.

NY Governor Andrew Cuomo has already publicized this restriction on gatherings hat include more than 500 people. However, it is just a temporary ban and soon the coronavirus is under control, everything would be back to normal he says.

He has also announced the time for this ban. It would be imposed this Friday, at 5 pm in the evening, all across the US. But it doesn’t include public services centers like hospitals, dispensaries, nursing homes, schools, etc.

So far, the city has reported 95 confirmed cases of coronavirus, confirms Cuomo. There are 300+ reported cases all across the US and the maximum number of these cases are being reported from a suburban area of New York City, New Rochelle.

Different cultural groups in the city have acknowledged the ban, showing support in coronavirus prevention plan by the government. Three of the most important public places shutting down for an unannounced time include the “Metropolitan Museum of Art” in three locations, “the Metropolitan Opera” and “Carnegie Hall”.

President of the museum, Daniel Weiss said in his statement that; “The Met’s priority is to protect and support our staff, volunteers, and visitors,”

He didn’t give any date for Museum reopening.

On the other side, the opera company has confirmed canceling all the shows and performances till March 31st. In addition to that, Carnegie Hall has also confirmed closing for all types of public gatherings till the end of this month.

Closing of all these places shows that the New York administration is taking extreme measures to save the residents from coronavirus outbreak. On Wednesday, Cuomo announced that New York City’s famous St. Patrick’s Day Parade is postponed for this year. This is the first time in the last 258 years that New York would not witness its historic parade.

The city Mayor Bill de Blasio wrote in this tweet implying that the parade is not completely “canceled” but it may be announced on another day when the country is over this coronavirus fear.

Although coronavirus doesn’t seem that dangerous; it only causes minor health problems such as flu, cough, and sore throat, leading to fever. But the older people and those with compromised immunity are at a high risk of complications that could take their lives.

Fortunately, a majority of coronavirus infected people are under treatment and showing recovery. In fact, China has discharged thousands of patients after a complete recovery.

The World Health Organization explains that people at an early stage of infection can be completely recovered within two weeks. However, the severe cases of coronavirus may take up to six weeks to show any sign of recovery. Additionally, the recovery time is highly dependent upon the age and health status of the patient.