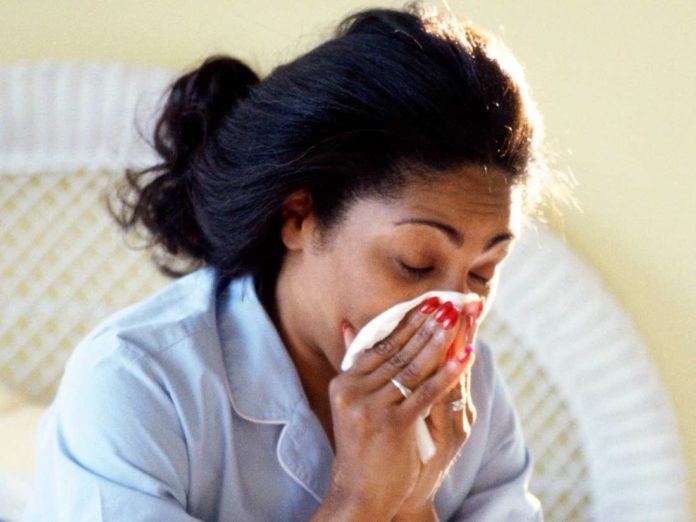 Preliminary data from the Centers for Disease Control and Prevention suggest that during this winter season flu vaccine proves to be effective in maintaining the health status of Americans, although it is failed to fight against some strains of the flu virus.

The overall effectiveness of the influenza vaccine during this season is 45% and in children, it is 55% effective. This vaccine is 50% more effective against the one strain of influenza known as influenza B/Victoria and it is less effective (37%) against the other strain known as Influenza A(H1N1) pdm09.

The authors of the report said that this season flu-like illness has started earlier as compared to past years i.e. in the 2nd week of November 2019.

Children who have been specifically sensitive to the flu hard hit by this illness and until now 92 children had died. But this vaccination provides significant protection against the flu particularly in children who are at high risk of getting the infection.

The report is published online in the “Morbidity and Mortality Weekly Report”.

Aaron Glatt who is the spokesperson of the Infectious Disease Society of America, a professor and chairperson of medicine at Mount Sinai South Nassau, Oceanside, New York, said that vaccine is substantial in protecting the children under 18 years against the flu virus.

The children who got vaccinated during this season were seen to less affected by the virus and the number of death was also seen less as compared to previous years.

Also read- Did a 1981 thriller really predict the coronavirus outbreak?

The vaccine is least effective (5%) against the influenza A(H1N1) pmd09 among the adults aged between 18 years to 49 years. During this season the vaccination has significantly lowered the medical visits linked to influenza.

The authors explain that interim VE estimations are consistent with previous seasons estimates that range from 40 percent to 60 percent when flu vaccines were antigenically similar to those of circulating viruses.

According to Glatt this season more than 14000 people have died due to influenza infection in the U.S. regardless of having a vaccine that is 37% effective against A(H1N1) pdm09. Still, this average significantly reduces the number of illnesses and also lowers the severity of disease which in result reduces the mortality rate and preventing other people from getting the flu infections.

There are many limitations regarding this report’s findings such as the sample size of the study is too small which is not enough to estimate the overall effectiveness of the vaccine against the A(H3N2) virus infection.

The author also complains about the vaccine that it can only prevent outpatient medical visits and not address the severe complications such as hospitalization and death.

Glatt further explained that it is not too late for the patients to get the vaccine as it is safe and can prevent them from death even in most severe complications. CDC recommends the patients who are hospitalized or have severe progressive disease or at the high risk of complications for influenza to go for this antiviral treatment.

The vaccine can be given to the children aged less than 2 years and adults aged more than 65 years, without considering the results of point of care influenza diagnostic testing or vaccination status.

Richard T. Ellison who is a professor of infectious diseases and immunology at the University of Massachusetts Medical School in Worcester said that the effectiveness of vaccines could be seen change by the end of this season if circulating viruses change later during this flu season or more data become available.

Scientists have designed more research projects to develop one universal influenza vaccine that would only hit the portions of the flu virus which does not change every year. But it will take much time to develop such a vaccine and even more to commercially launch it in local markets.