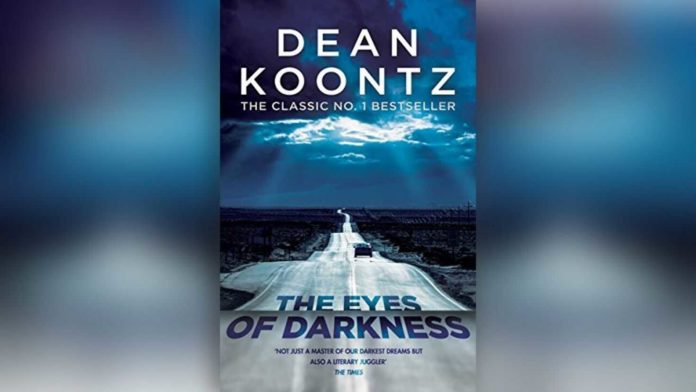 “The Eyes of Darkness”, a Chinese thriller published in 1981, revolves around a military lab that accidentally created a deadly virus. The virus escapes the facility and ends up infecting thousands of civilians. Sound familiar?

The novel coronavirus outbreak started in the central Chinese city of Wuhan and has made its way to several different countries across the globe. With no definitive antidote available, the number of cases has gone up to 76,731 and the number of deaths has risen to 2,247.

Coincidentally, a 40-year-old Chinese thriller discussed the same scenario. ‘The Eyes of Darkness’, by author Dean Koontz, tells the story of a lab, situated in Wuhan, that creates a deadly virus. The pathogen, however, makes it way out of the facility and gets the name ‘Wuhan-400’, after the military lab.

The story revolves around a grieving mother, Christina Evans, whose son doesn’t return home after a camping trip, leading her to believe he was dead. However, a suspicious hint tells her that he is still alive. Christina eventually makes her way to a military lab, where her son, Danny, was held after being accidentally infected by the genetically engineered virus.

According to the book, “It was around that time that a Chinese scientist named Li Chen moved to the United States while carrying a floppy disk of data from China’s most important and dangerous new biological weapon of the past decade. They call it Wuhan-400 because it was developed in their RDNA laboratory just outside the city of Wuhan.”

Surprisingly, the Wuhan Institute of Virology, one of the high-level biosafety facilities, is located only 32 km from the point of an outbreak. The lab houses “China’s only level four biosafety laboratory, the highest-level classification of labs that study the deadliest viruses”.

This has lead to several theories that the outbreak was a part of government propaganda to control the rising population in China. In the last 10 years, China’s population has risen to 1.386 billion. With a number of policies in the country for controlling the growth, including the one-child policy, many people believe that this too was a shameful act by the government to substitute for their ineffective policies.

The biosafety lab was set up in 2017 with the main purpose of studying different deadly pathogens, mainly SARS and Ebola. The staff was, however, warned that it might lead to one of the viruses escaping from the facility.

As per Guizhen Wu, “after a laboratory leak incident of SARS in 2004, the former Ministry of Health of China initiated the construction of preservation laboratories for high-level pathogens such as SARS, coronavirus, and pandemic influenza virus”.

There’s a lot of suspicions in the country about the government being behind the whole disaster. However, according to Dr. Richard Ebright, a microbiologist at Rutgers University, “at this point there’s no reason to harbor suspicions that the facility had anything to do with the outbreak, besides being responsible for the crucial genome sequencing that lets doctors diagnose it”.