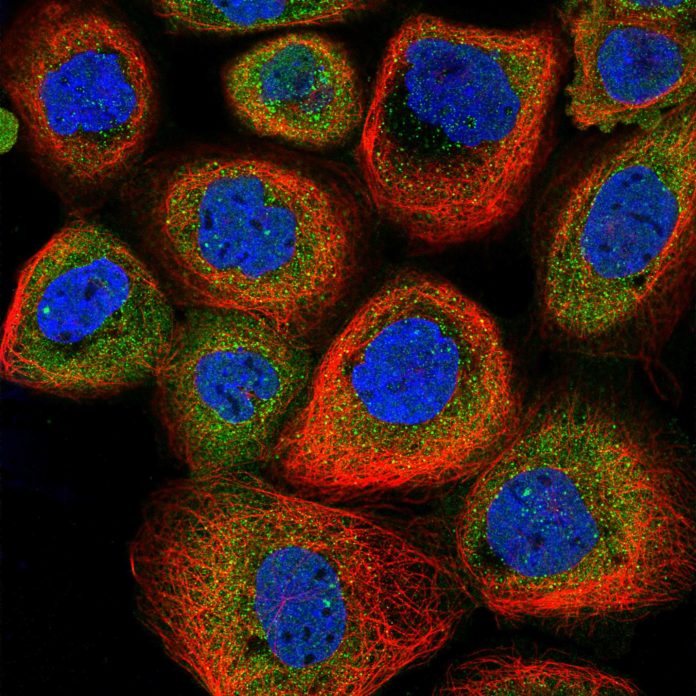 Recently, the efforts of a collaborative venture by the Icahn School of Medicine at Mount Sinai in New York and King Saud University Department of Pediatrics in Riyadh, Saudi Arabia have made it possible for a boy with a deadly disease known as USP18 Deficiency to survive. The disease continues to be in remission and will be hopefully treated soon.

Previously, the research on this rare and fatal disease has shown that it is caused by a deficiency of USP18 gene, which is also known as ubiquitin-specific peptidase 18. The USP18 gene is primarily a coding gene responsible for various functions in the immune system.

RELATED: Low Levels Of White Blood Cells In the Blood May Cause Death

Without the required amount of the protein, the body is unable to cut down inflammation caused by the body’s own defensive secretions called type 1 interferons. Any abnormalities occurring in the functioning of USP18 leads to uncontrollable and unpredictable reactions to the production of type 1 interferons.

For instance, malfunctioning in USP18 proteins can stimulate IFN-I-mediated inflammation which is deadly and can happen before birth or after the birth of the baby.

The corresponding author of the study and the Associate Professor of Microbiology, and Pediatrics, at the Icahn School of Medicine at Mount Sinai, Dusan Bogunovic, says that the case was ‘borderless’ and shows how dedication along with clinical effort and research can cure the most dangerous and deadliest of health conditions including USP18 Deficiency.

In order to perform the function of USP18, the researchers gave the protein kinase inhibitor and JAK1 inhibitor drugs such as ruxolitinib to the boy in the case for faster recovery and reducing inflammation caused by type 1 interferons.

The disease USP18 Deficiency was also firstly examined and described by Dr. Bogunovic and his lab in 2016. Shortly after, the lab contacted researchers at King Saud University reached out to Mount Sinai through the Paris Descartes University in France for assistance on a case of a boy who had been diagnosed with a health condition variant to USP18.

Consequently, a clinical trial focusing on the disease started by a collaborative team of researchers from the lab, Rockefeller University in New York and Paris Descartes University. To understand the molecular basis of the condition, the researchers conducted a number of tests.

This includes expression assays, exome sequencing, antibody detection, and protein analysis. The first author of the study and postdoctoral fellow at the Icahn School of Medicine, Marta Martin-Fernandez, who was also responsible for performing the majority of genetic analyses and biochemical testing, states that the team found giving ruxolitinib was the best treatment for USP18 Deficiency after testing for several weeks.

Thenceforward, the boy, who had been kept alive by a number of dedicated physicians led by Fahad Alsohime, was given ruxolitinib twice a day. The dosage was later increased due to little effects and the health of the boy started improving quickly.

After a two-year follow-up, it was found that the boy, who was now three years old, had no further complications. These findings, which are published in the New England Journal of Medicine, gives hope to the team to try and examine the molecular basis of similar conditions in order to develop more treatments in the future.