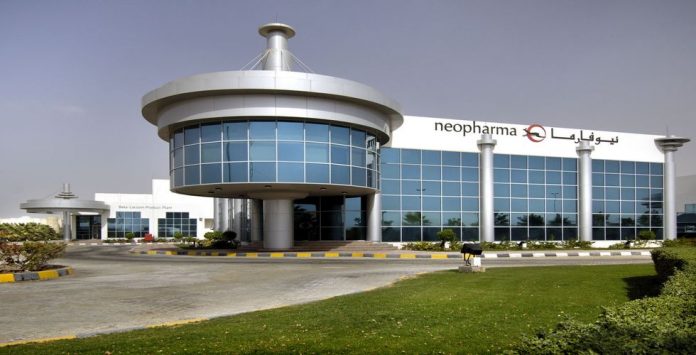 Earlier in the week, a pharmaceutical firm Neopharma based out of UAE announced a new partnership between global healthcare company GlaxoSmithKline which will reportedly localize production of high-demand medicine brands, which in turn will speed up supply to the UAE market.

As per reports, this partnership between GSK and Neopharma was announced on Monday, April 29th, which makes Neopharma as GSK’s third-party manufacturer for handling the ‘secondary packaging’ process (the final manufacturing stage) for six of the global company’s most in-demand medicine brands in the UAE.

According to a press release issued by Neopharma, by localizing production, GSK will be able to package, supply and procure those medications more quickly to the UAE market, while also simultaneously enabling a more efficient response to any potential supply gaps.

The announcement of this partnership was made at a ceremony held at the British Embassy in Abu Dhabi, officiated by GSK’s general manager in the Gulf, Sameh Elfangary, founder and chairman of Neopharma, Dr. BR Shetty and British Ambassador to the UAE, Patrick Moody.

As per reports, Dr. Ola Ghaleb Al Ahdab, pharmaceutical advisor at the drug department of the Ministry of Health and Prevention and Khalfan Al Suwaidi, industry property director at the Ministry of Economy were also present at the ceremony.

At the Ceremony Patrick Moody, British Ambassador to the UAE said, “I am very proud to see the commitment of one of our most important UK innovator Pharma companies to the UAE vision.”

Patrick Moody further added, “This will solidify important partnerships working with the UAE Ministry of Health and Prevention. This links the strategies and development visions of both countries, especially the objectives of the UAE Vision 2021, which aims to strengthen the status of the country as a major commercial and logistical hub in the region, and the UK’s Industrial Strategy and Export Strategy, which aims to strengthen the UK’s position as a global exporter.”

According to Elfangary, he reassured that the collaboration will be fully operational by early 2020 in the UAE, and further added, “this operation will help ensure continuity in supply and improved patient access to GSK medicines in the market”. He also revealed that GSK is “already exploring possibilities for expansion plans within the next couple of years”.

Dr. Shetty concluded by saying, “It is a landmark to have a collaboration with another leading innovator company such as GSK as a partner. We have become a partner of choice for MNCs (multinational corporations) over a period of time, which reaffirms Neopharma’s commitment to maintaining manufacturing standards and global quality that are compliant to stringent regulatory requirements.”

As per reports, this partnership is another steps towards UAE’s aim to become a pharmaceutical manufacturing hub in the region.