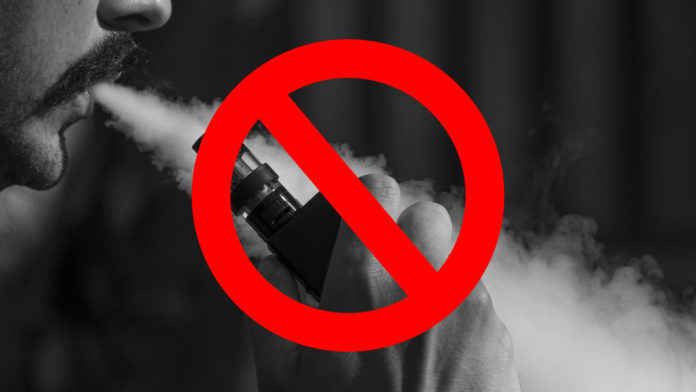 The latest trend of using a vape has gradually replaced cigarettes. Despite it is marketed and considered as a “safe” alternate of cigarettes, it is not. Last year reported a number of vape related injuries especially in middle and high school students who eventually got addicted to it. It led to the health officials taking hold of the situation and imposing a ban on vape in the USA.

The policy experts on drugs from Rice University’s Baker Institute for Public Policy say that this situation can only be controlled if the media endorsement and advertising is controlled. Two of these experts, Katharine Neill Harris and William Martin, have outlined the deep insights on the vaping ban in their new report named; “Vaping: Clearing the Air.”

Cigarette linked smoking is not as popular as vaping. The use of cigarettes has been significantly declined among teenagers in the last two decades. The results of the National Youth Tobacco Survey (2019) reveal that 34% of high school students and 18% of middle school students use vape or e-cigarettes at least 20 days and sometimes more than that every month. This high use of their vape-linked smoking shows that they have become addicted to it.

Neill Harris and Martin added in this report that this ban on the vaping product is ineffective and useless. Just like in the case of the drug business, the ban on these products has opened new ways to access them via the black market. In any way, these e-cigarettes are around us and the threat to teenagers’ health still remains constant.

The report highlights the role of advertising agencies and media regulation which promotes the sale of these products. It makes vape appears as non-harmful and enjoyable products which is a safe alternative of cigarettes.

“With respect to teen use, it is important to recognize that vaping is consistent with teens’ desire to experiment with mind-altering substances and, like drinking, smoking, having sex and other experimental activities considered risky for adolescents, is a behavior that can be discouraged but not eliminated.”

It further argues that advertising of these vaping products should be limited and restricted just like tobacco products. The advertisements of electronic cigarettes should be banned and its marketing should mention its nicotine content as well as a possible risk of dependence.

Martin and Neill Harris added a statement from an 18 years old girl who has been vaping since she was 15. She says;

“It was everywhere. Everyone had one … and it looked like they were having fun … If I knew it had nicotine at all, I wouldn’t have done it. Now I’m so reliant on something I had no intention of doing. I knew what cigarettes do. This Juul was new and nobody knew what the Juul did.”

It shows that media endorsement and advertising make a huge impact on grabbing the attention of teenagers and hence they stick to such products. Previously, anti-smoking campaigns have contributed to quit smoking addiction for healthy reasons. The report suggests a similar anti-vape campaign is necessary to reduce its usage and prevent health damages.