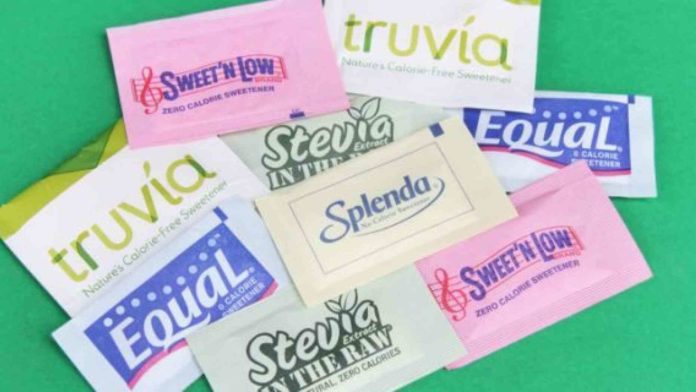 Recently, a new study led by Dr. Raylene Reimer explores the impact of using low-calorie artificial sweeteners during the period of pregnancy and shows that the majority of the commonly used alternative to normal sugar are as bad for health.

The rise for artificial sweeteners has increased with the passage of time due to changes in health trends around the world. Previously marketed as the ‘best substitute’ for sugar, these sweeteners were popularized by the diet food industry.

As a result, many of the people starting switching to sweeteners like Stevia instead of sugar. The majority of the artificial sweeteners including Stevia claim to provide the same taste with fewer calories.

However, research from the past has shown that most of such sweeteners are just as harmful as using normal sugar in foods. In fact, a number of studies have also concluded that some of the substitutes available in the market can be particularly harmful.

Consequently, they may also no provide any help in losing extra weight or maintaining a healthy diet. Many health experts suggest consuming natural sugar instead of any alternatives in a controlled amount for a healthier diet.

Previously, research has not explored the effects of using artificial sweeteners on health during the period of pregnancy.

The new study, whose findings appear in the journal Gut, showed that the use of artificial sweeteners during pregnancy can significantly increase the risk of having a higher body fat percentage in both the pregnant woman and offspring.

Additionally, the researchers also saw the consuming artificial sweeteners may also affect and damage the gut microbiota. According to the team, both of these effects may be linked and may lead to one another.

Evidence from previously conducted studies shows that any kind of alterations in the gut bacteria do have further impacts on the digestion, metabolic response, body fat percentage, and body weight of the person.

In the case of pregnant women, maintaining a healthy diet is mandatory for having a healthy baby in the future. Such a diet should essentially be watched by a health professional and any problem-causing foods should be eliminated.

While artificial sweeteners have been deemed as safe for use during the period of pregnancy, a growing number of studies have concluded that their use should be discouraged in pregnant women.

Using any alternatives to sugar can potentially increase the risk of higher body fat content, obesity, and other cardiovascular risks in the woman as well as the offspring.

The researchers state that the mechanism behind artificial sweeteners, gut bacteria, and weight gain is not yet clear but they will continue to study the association further for a better understanding of different foods on maternal health.

Till then, as health experts suggest, it is better to completely avoid consuming too much sugar and have a controlled healthy diet.

For a healthy pregnancy and a healthy baby, it is better to maintain balance rather than using any risky products along with regular visits to the doctor.