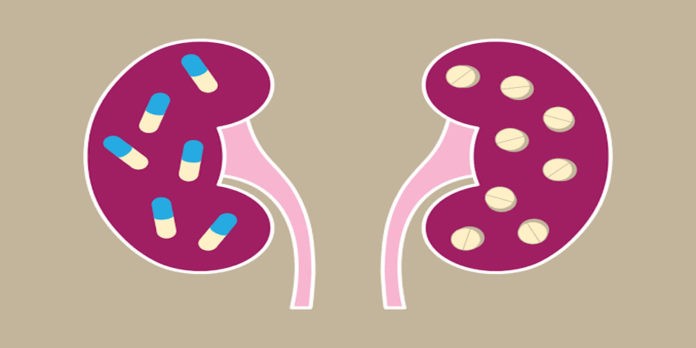 Histamine is aorganic compound that regulates the physiological functions in the gut, acts as a neurotransmitter for the spinal cord, brain, and uterus. it is also involved in local immune responses of the body. This new study finds that histamine can protect the kidneys and heart in cardiorenal syndrome.

In cardiorenal syndrome, both heart and kidney are affected by the number of disorders. The heart and kidney communicate with one another through several pathways in an interdependent relationship. The researchers found that acute or chronic dysfunction of one organ causes the acute or chronic dysfunction of another organ. But the reason for this happening is not discovered yet.

Cardiovascular homeostasis is maintained when there is a physiological communication between kidney and heart. Researchers are working to know the reasons behind the cause of heart failure risk from chronic kidney disease.

In this new research, an animal model is created and observed that histamine has a protective role in. The animal model is a mouse model that is created by a professor, Akiyoshi Fukamizu of the University of Tsukuba in Japan. The more findings related to this present study can be studied in the Journal Proceedings of the National Academy of Sciences in detail.

Ang II is a vasoconstrictive hormone in RAS. The experts have found the damaging role of Ang II in blood pressure and blood volume homeostasis in cardiorenal syndrome. The researchers used the Ang II hormone to induce the dysfunction of the kidney, hypertension in mice, and salt that cause fluid retention.

Histamine level is found higher in blood plasma that has a protective role in the kidneys and heart but not the damaging role. Professor Fukamizu and his team consider that if the histamine receptors are blocked, the cardiorenal damage gets worse. The size of the heart increases, the kidney doesn’t filter the creatine from blood, and the contractility of the heart becomes poorer. It is observed that an H3 agonist is protected from cardiorenal damage because it can mimic the natural behavior of histamine.

Professor Fukamizu explains that histamine is considered an important factor in many inflammatory processes and the inhibition of histamine leads to better disease control.

In the mouse model, few components of cardiorenal damage were alleviated when the H3 histamine receptor was targeted with an antagonist that is immethridine. Immethridine treatment cause some changes in gene expression.

This change affects multiple genes that caused inflammation in mice. It is hoped that this study will help in bringing new treatment methods for cardiorenal syndrome in humans.