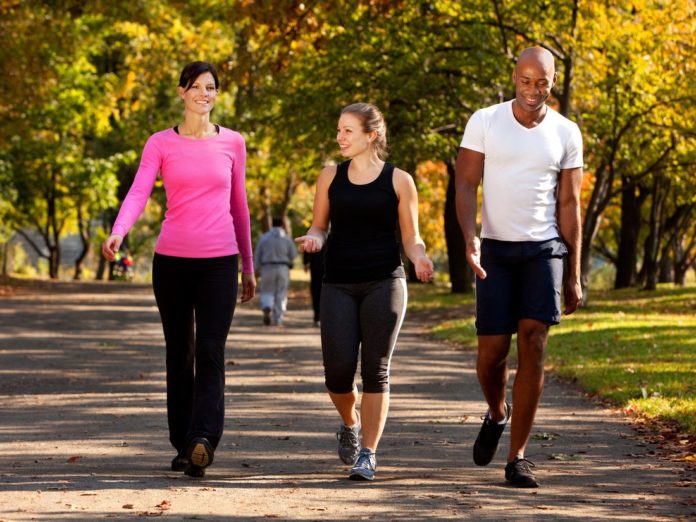 Recently, a new study, whose findings appear in the journal Geriatrics, shows that the development of different forms of dementia can be predicted by observing changes that may occur in the walking speed of an individual.

Previously, research has identified a number of early signs and symptoms that can highlight the high risk of developing dementia in the future. The most popularly known ones include changes in cognition along with memory loss.

However, both cognitive decline and memory loss have also been associated with the process of aging generally. This means that a person experiencing issues with remembering or becoming slow overall does not always mean he or she has dementia.

In addition, the symptoms of dementia can, at many times, vary from person to person. This is also because dementia itself is not a single disease but is an umbrella term used for a number of different health conditions.

For instance, the most commonly diagnosed form of dementia is Alzheimer’s disease but not all the people who are suspected to have dementia will have Alzheimer’s.

Secondly, it is also important to know that all forms of dementia are progressive, which means that the condition is likely to worsen over time and the symptoms can become more severe.

At the moment, research has not yet discovered the exact cause of the development of dementia. In accordance with the majority of the leading scientists, the disease is multi-factorial and can have many different causes.

Till now, researchers have noted that genetics, environmental factors, exposure to certain chemicals, and complications or damage in the body, specifically damaged related to the brain cells may play a fundamental role in dementia.

Since there is no clear explanation for all forms of dementia, there is also no permanent treatment for health conditions.

Early diagnosis and appropriate treatment from a certified clinician can, however, help manage the symptoms and stop further progression of the disease.

According to the World Health Organization, there are fifty million cases of dementia worldwide. Additionally, the cases rise by ten million every year.

In order to control the worrying number of cases, researchers are exploring the disease, its early symptoms and treatment further. In the new study, the team of researchers has shown another way to detect dementia at an early stage.

To test their theory of changes in walking speed and the development of dementia, the researchers looked at six large-scale studies. This also included The Swedish National Study on Aging and Care in Kungsholmen Population Study as well as the Mayo Clinic Study of Aging.

All of the participants in the studies were over the age of sixty and had taken a number of tests including memory tests. Their changes in cognition and walking speed were also observed.

After assessing the data, the researchers noted the people who experienced changes in memory had a 2.2 to 4.6 times higher risk of having dementia while people with changes in walking speed had 2.1 to 3.6 higher risk.

On the other hand, people who experienced changes in both walking speed and memory had a 5.2 to 11.7 times higher chance of developing dementia.

The authors explain that these findings highlight the importance of changes in the body overall while it undergoes the process of aging. They also hope to investigate further the mechanism behind aging and walking speed in the future.