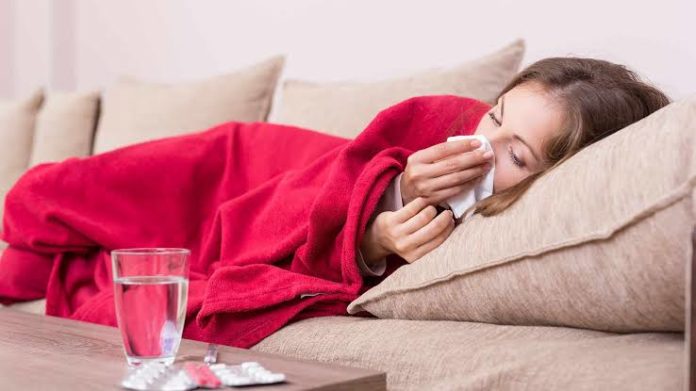 Recently, Anthony Fauci, who is the director of the National Institute of Allergies and Infectious Diseases stated that the 2019-2020 flu season has been the worst one in years with higher than ever number of diagnoses around the United States.

The Centre for Disease Control and Prevention reported that there were more than six million flu-related health conditions diagnosed between the months of October and December last year alone. Furthermore, there were over eighty thousand thousand incidents that required immediate hospitalization followed by five thousand to twelve thousand deaths.

Previously, the CDC had deemed 2017-18 the worst flu season. However, new statistics on the 2019-20 flu season show that it has been even worse. In fact, it was also the longest season so far, which lasted over twenty-one weeks.

RELATED: Flu May Be Deadly For People With Certain Diseases

Currently, there is still ongoing news and reports on the intensity and presence of flu viruses and cases especially in Puerto Rico, Washington D.C., New York and thirty-four states. The latest updates from the CDC also add that the season is likely to remain till mid to late January.

At the beginning of the recent flu season, there were various initiatives from the CDC as well as other health organizations based on increasing the awareness about flu and different flu viruses.

The various activities and informative seminars have already made the symptoms, causes, and diagnosis of flu clear to a large population but there still seems to be a large portion of people who do not get the recommended flu shots.

As a result, such people develop flu due to not having vaccination on time. Health experts accentuate the significance of having flu shots to all people specifically for vulnerable groups including children and older adults aged sixty-five and over.

Although flu can be treated and managed easily if the instructions of the doctor are followed correctly, it can also pave the way for a number of other complications and may even cause death.

In the past flu seasons, it was observed that the virus dominating the season was usually Type A flu virus but in the 2019-20 season, Type B was more common than any other type after twenty-seven years.

Researchers classify flu viruses in four categories which are Type A, B, C, and D along with a number of sub-categories. Type A and B have been the ones that cause the majority of the illnesses in humans so far. Type D only affects animals and Type C is comparatively not that common.

Though the Type B virus flu is not as severe as the one caused by Type A virus, the symptoms can worsen over time especially for people with chronic conditions and lead to health conditions like breathing problems, organ failure, ear infections, and pneumonia.

As this flu season has been long, it is recommended that people continue flu vaccinations till the season is estimated to end to lower the risk of developing the aforementioned health issues as it is the best method to prevent flu for anyone who is aged six months and older. It is also better to stay indoors and avoid getting in contact with anyone with flu-like symptoms.