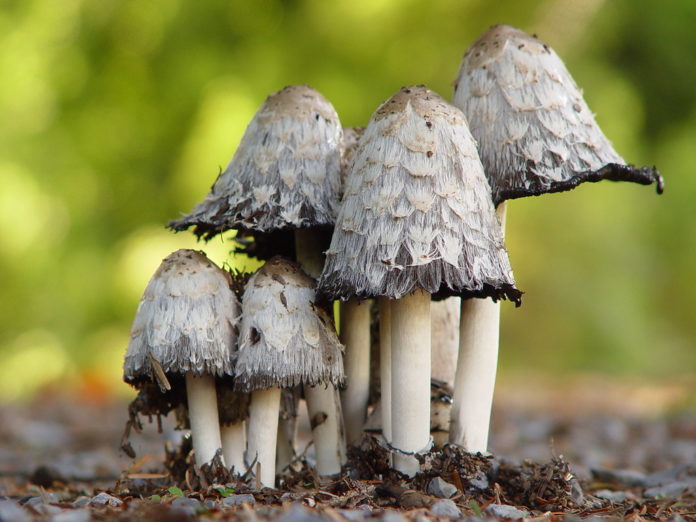 Magic mushrooms, better known by the name ‘shrooms’ nowadays are a form of  hallucinogenic fungi that were previously used in many spiritual and religious rituals around the world. Today, they are popular as a recreational drug and are used by a growing number of teenagers and young adults.

The hallucinogenic effect that comes after taking shrooms is because of its main active component –  psilocybin. After a magic mushroom has been ingested, the psilocybin present in it turns into psilocin.

Psilocin then triggers the serotonin receptors in the brain. Serotonin stimulation usually leads to joy and a feeling of euphoria usually.

However, stimulation after ingestion of shrooms also causes alterations in the perception of reality, and time, and even hallucinogenic experiences.

These effects of taking magic mushrooms are the primary reason for their popularity among young adults. Shrooms have been taking the place of other hard drugs as they are assumed to be comparatively safer.

However, this does not mean that magic mushrooms come with absolutely no adverse effects. Any drug which is taken frequently and in high dosage is harmful to health, even the naturally occurring shrooms.

In comparison with other drugs, there is not a lot of research on the impact of shrooms. Secondly, the studies that did look at shrooms and other forms of psychedelics only examined effects in controlled dosages and environments.

Drugs, specifically psychedelics, are likely to have a different impact when they are done in controlled environments in clinical trials. Therefore, a lot is still unknown about magic mushrooms and psychedelics.

So, what are the confirmed effects of shrooms? While taking magic mushrooms can provide some temporary hallucinogenic episodes, others may not have the same experience.

Taking a mushroom or any other form of psychedelics, also known as ‘tripping’ or ‘taking a trip’ can often be unpleasant. A person may get physical signs of having a bad trip such as getting chills, vomiting, nausea, and headaches.

A usual trip using shrooms last anywhere between six to eight hours. Three to fours out of this time period are intense. This means the aforementioned bad effects can be even worse during this time.

The impact is typically temporary. However, a more worrying side effect of taking magic mushrooms is the long-term impact of the psychological health of the user.

According to the chief medical officer of American Addiction Centers, Dr. Lawrence Weinstein, the adverse effects of shrooms can range from not having the ideal trip to long-lasting psychological stress.

Sometimes, even the hallucinations from taking magic mushrooms can last for several days. This is because of the presence of psilocybin, which can change the perception of reality for all users.

There are many factors that can determine a person’s trips such as the current state of mind of the user, the place and environment, and the presence of other people.

If the user is in an unstable mental state or bad mood, the drug is likely to worsen the negative feelings, thereby leading to a bad trip.

Similarly, people with existent mental health issues such as anxiety, depression, and bipolar disorder are likely to have worsened moods after taking shrooms. Ideally, such people should avoid all kinds of drugs in order to avoid unwanted consequences.

Some of other effects of using shrooms also include psychosis, permanent changes in the brain, and a disorder known as hallucinogen-induced persisting perception disorder.

People who develop HPPD experience flashbacks or hallucinogenic episodes months and years after using magic mushrooms, even if they have stopped. Scary hallucinations and emotional distress may be common side effects.