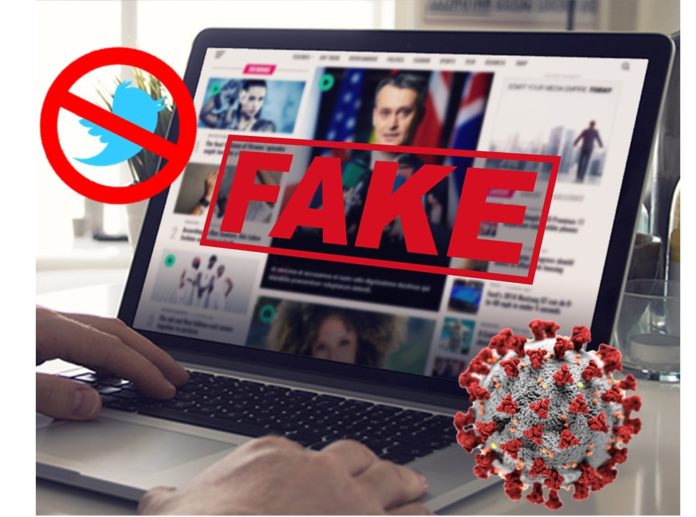 Twitter has carried out one of the most massive takedowns of its accounts in internet history. This action was taken in response to China’s tens of thousands of fake accounts that were tasked with the propagation of coronavirus disinformation and against pro-democracy Hong Kong protests.

Twitter states 23,750 accounts were found that were uploading the fake news, and another 150,000 that boosted this content with likes and retweets.

A recent New York Times report had claimed hundreds of fake accounts that appeared to operate solely to boost china’s response to the Coronavirus response.
Since Trump administration had blamed China for the originating and spread of the Coronavirus, the Chinese officials made accusations without evidence about the virus being a deliberate US attack.

Most of these accounts had little to none followers, and the single-minded nature of the content posted also suggested that there were no real individuals behind those accounts.
The consistent intervals between the tweets give strong evidence to support the theory that they were scheduled and auto-generated by the use of some software.

Since Twitter, Facebook, Youtube, and similar social websites are banned in China, it made it easier to track down the fake accounts, also hinting that they were backed by the Chinese government itself.

Fergus Hanson, director of the Australian Strategic Policy Institute’s International Cyber Policy Centre, which worked with the company on the takedown made the statement:

“While the Chinese Communist Party won’t allow the Chinese people to use Twitter, our analysis shows it is happy to use it to sow propaganda and disinformation internationally.”
Facebook also stated this Thursday that it removed seven Pages, three Groups, and five Facebook accounts related to the spread of coronavirus disinformation.

However, China has denied any involvement in this matter.

Foreign Ministry spokeswoman Hua Chunying said this Friday that the Chinese would not respond to such a crisis with disinformation. She further added that if any accounts were to be banned, it should be the one’s faced by China because of the virus.

Twitter reported that most accounts had low follower numbers and low engagement metrics, thus the Chinese campaign was unable to achieve substantial traction on the service.

Stanford Internet Observatory published an analysis of the suspended twitter accounts.
Twitter also accused President Trump last week for the spread of coronavirus disinformation, however, nothing specifically was brought to light neither removed.

In the age of internet influence, the US and the Chinese government are amidst the tug of war in claiming dominance over the global narrative.

Both countries are making use of social media platforms especially Twitter, to make their political points, which is ratcheting tensions between the two.

As President Trump is looking forward to re-elections this year, it is an opportune situation to blame China for the coronavirus spread. There were also rumours about the Chinese deliberately cooking up this biological warfare program to seize the upper hand.

On the other hand, the Chinese foreign minister has also made claims of his own, suggesting without proofs, that the virus was indeed brought to Wuhan by the US Army.

While the two nations continue their tug of war, Twitter has ensured on its end that no fake news makes it to the global citizens.

Meanwhile, Turkey and Russia were also subject to Twitter’s takedown.

Twitter culled 7,340 accounts posting content favourable to the AK Party, the conservative party in Turkey that is being led by President Recep Tayyip Erdogan. These accounts also accused of cryptocurrency-related spams.

Also, 1,152 accounts associated with the Russian media website Current Policy, were also subjected to Twitter’s takedown. These accounts were accused of promoting content that praised the United Russia party and attacked political dissidents.