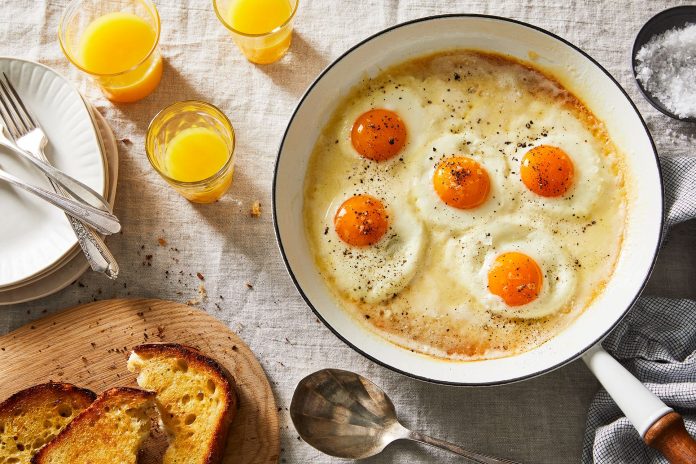 Egg consumption has always been a debatable topic when it comes to cardiovascular patients. Some people think consuming egg elevates the risk of getting cardiovascular diseases as it contains cholesterol which is bad for cardiac health.

On the other side, some people do not have any problem with it and consume it even raw, or in any other form. Then there is a category that considers only the yolk to be harmful.

The American Heart Association has let out its word as well recently. On the new Science Advisory on the Dietary Cholesterol and Cardiovascular Risk, it reassures the public with the authenticity of the Dietary Guidelines Advisory Committee statement in 2015 that dietary cholesterol is not meant to be a troubling nutrient that should concern Americans and that consuming eggs is a healthy dietary choice.

The American Heart Association recently gave out two recommendations pertaining to the consumption of eggs as a part of daily diet:

Similar guidelines were given by the Dietary Guidelines Committee in the year 2015 that conducted a review of the science behind the linkage of eggs with cholesterol elevation. They also came to the final opinion that not only that eggs are safe to consume, but cholesterol should not be troubling Americans as it was not a nutrient of concern.

However, LDL cholesterol cannot be ignored in this matter. The harmful LDL can be replaced by the good cholesterol, HDL, which is present in eggs.

Eggs are an excellent source of amino acids, choline and lutein, along with some other essential nutrients that are highly advantageous for hippocampus in the brain – a memory related part of the brain. Moreover, eggs also offer long-term health benefits to the consumer.

On a collective scale, these are becoming the major cause of preventable mortality on a global scale. These conditions share a lot of common risk factors including obesity, high cholesterol, blood pressure and many others that can be controlled and managed by dietary choices and lifestyle changes.

Recent evidence like that of stated in this article indicates that eggs on normal consumption do not cause harm to the cardiometabolic health and are an integral part of maintaining a healthy dietary pattern.

In addition to that, global health organizations from Canada, Australia, and Ireland also consider eggs to be a part of a health promoting dietary routine for consumers.

Financed by egg producers and guided by sustenance scientists and selected dietitians, the Egg Nutrition Center supports investigate on the dietary advantage of eggs and egg-related enhancements and the activity of eggs in a strong eating schedule.

To keep up uprightness and straightforwardness, and as far as possible the potential for inclination due to financing source, ENC consents to a great deal of genuineness rules instructed by recognized intelligent practice and the ILSI North America Conflict of Interest guidelines.

According to these guiding principle, the Egg Nutrition Center – ENC – honors academic independence in the structure, execution, examination, explanation, and ability to report and disseminate all disclosures of any upheld investigate.

Specialists are in like manner lawfully bound to clearly report the Egg Nutrition Center, other cash related supporters, and furthermore any inherent or saw hopeless conditions in all preparations, presentations or correspondences