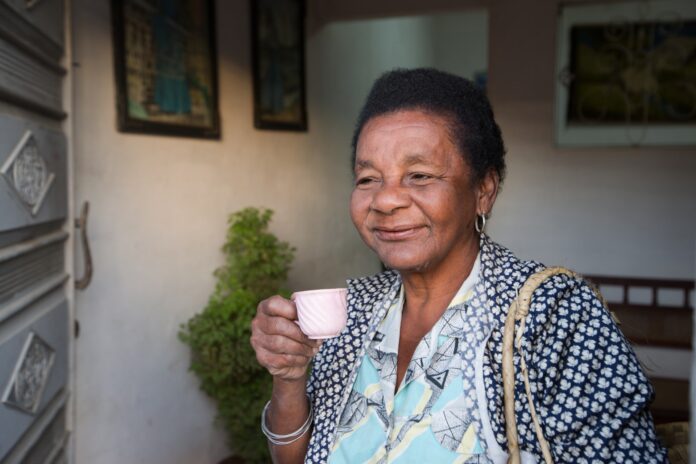 If the coronavirus pandemic has shown us anything it has opened our eyes to the vulnerabilities of the elderly as it has disproportionately affected them more than it has perhaps any other group of the populations. Therefore researchers are leading us to believe that perhaps women’s health and education may be an effective way to deal with the problems that come with age.

The effects if the coronavirus pandemic have completely changed the lives of millions and could have changed our lives in a way that may affect us for decades to come.

The most difficult repercussions of the emerging of this virus are perhaps how it affects the elderly who already battle several different amalgams of health threats. This group of the population is not only physically weaker they are also the ones who suffer most if they are socially isolated. In short, the socio-economic effects of the coronavirus pandemic have completely changed their life.

People who have underlying conditions such as asthma and diabetes and other conditions like heart disease and cancer have been at an even higher risk. In most countries, this group in societies has died disproportionately at the hands of the novel coronavirus and it seems this has taken a toll on women specifically in terms of economic as well as psychosocial wellbeing.

In the region of Asia-pacific specifically, such impacts appear particularly clear and it adds to the existing adversities that come with a fast-aging population. This region has half the world’s oldest population with a lot of people being older than 60. According to current expectations by 2050, globally as many as two-thirds of the elderly population in the world will be in this region with at least 1 in 4 people being older than 60.

Generally, women live longer than men and make a major 54% of the total elderly population in the Asia-Pacific, they are among an even bigger majority of the oldest population with a percentage of 61. The eldest women in the population are over the age of 80. This simultaneously puts them at added risk during the pandemic.

To make a better world for such groups in society plans are being made to change policies in such societies to encourage a place for the elderly in the fabric of society instead of the outskirts of our considerations. UNFPA now advocates for the need of making women as well as older persons, in general, to be self-reliant and to encourage their participation in broader society. This is important because when women outlive men they become the sole maintainers of their households and need a way to survive and remain healthy.

WHO also encourages societies to opt for frameworks that benefit the aging of women because not prioritizing such an important part of societies will only do more harm than good and will further reduce the life expectancy of these groups.

For aging women’s health, several things ought to be encouraged according to research, such as a daily 30 minutes’ walk and better intake of a healthy diet rich in vitamin D and calcium since fractures and falls become common as women age. Intake of better nutrition ensures stronger bones and body health that will protect them in later stages of life.

Since women make a great percentage of the elderly population it only makes sense to spread awareness among them about how they can age with good health. According to the International Osteoporosis Foundation, globally at least 1 in three women older than 50 will suffer from osteoporotic fractures in their life, this means prioritizing calcium and vitamin D for women’s health can help them avoid preventable health adversities.

Encouraging good health in women of all ages can therefore ensure a better quality of life for this societal group later in life. The health of people in the population not only benefits society as a whole but also prevents unnecessary hospital visits for an otherwise vulnerable group during the coronavirus pandemic.