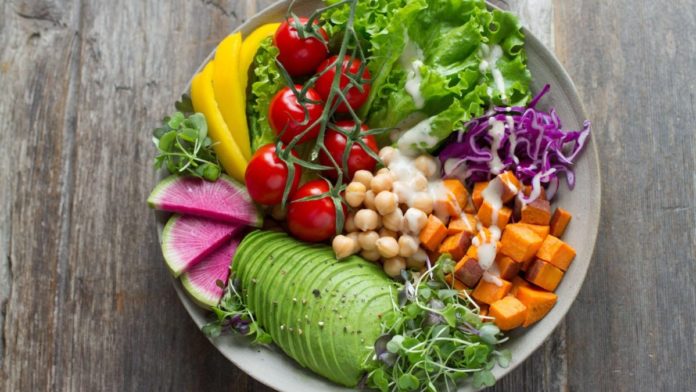 Recently, new research, whose findings appear in the American Academy of Neurology’s journal known as Neurology, explores the impact of vegetarian or vegan diets on heart health and its potential role in lowering the risk of issues such as stroke.

Previously, a number of different studies have tied vegetarian or vegan diets to a decreased risk of many health conditions ranging from blood pressure problems to digestive issues.

Moreover, people with vegetable-based diets have also been observed to maintain healthier diets with no meats and fewer processed foods. Consequently, they avoid many health issues as well as have a comparatively healthy lifestyle.

However, research has also shown that vegan or vegetarian diets may contribute to nutritional deficiencies. People with such diets may also be highly deficient in protein and may have lower immunity as a result.

Hence, there are conflicting views among health experts on following a vegetarian or vegan diet. The latest research on the issue now looks specifically at a previously proposed theory which states that having vegetable-based diets can be beneficial for heart health.

A study from last year, whose findings are published in the British Medical Journal, looked at this theory and observed over forty-five thousand meat-eaters and vegetarians in the UK and their risk of having heart-related problems.

The researchers from the study concluded that in comparison with meat-eaters, vegetarians did have a reduced risk of developing ischemic heart disease. However, the chances of having a stroke were higher in vegetarians and vegans.

According to the researchers, the reason for this may be some factors associated with the consumption of meat that helps in preventing a stroke.

In the new study, this association between having a stroke and vegetarian or vegan diets is observed further. For the purpose of the study, the researchers recruited around thirteen thousand participants from the Buddhist communities present in Taiwan.

At the beginning of the study, these participants were divided into two cohorts and inquired about their lifestyle habits including diet, physical activity, smoking, and consumption of alcohol. The researchers also examined their medical history and asked about current health problems.

The health of both of the cohorts was examined using the National Health Insurance Research Database. The first group was followed for six years while the second for nine years.

Around thirty percent of the participants were vegetarians who also consumed fewer dairy products in comparison with meat-eaters. Additionally, there were observed to have a higher alcohol intake and not likely to smoke.

“Overall, our study found that a vegetarian diet was beneficial and reduced the risk of ischemic stroke even after adjusting for known risk factors like blood pressure, blood glucose levels, and fats in the blood.”

He added that “This could mean that perhaps there is some other protective mechanism that may [protect] those who eat a vegetarian diet from a stroke.”

The researchers state that their findings on vegetarian or vegan diets and the risk of stroke are different than those from the BMJ due to non-Western participants.

They also add that though the findings are positive, they may not be applicable to people outside of Taiwan or Asia.