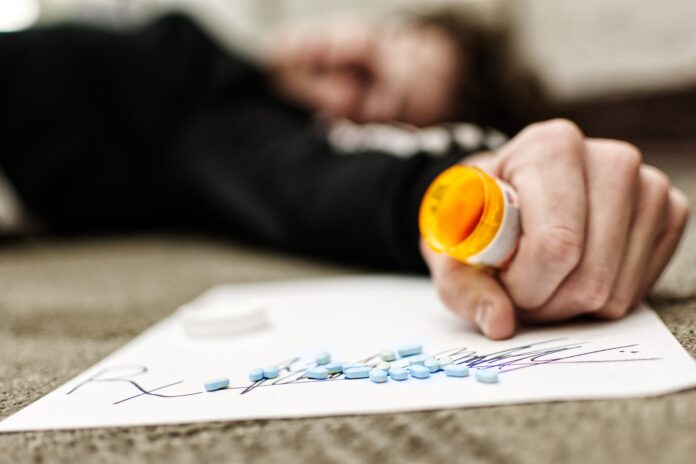 As cases of coronavirus increase in number, health care workers are running out of space to treat them. Amid all this, another problem is on the rise and that is the issue of drug overdoses. An increase in drug overdoses is being reported during the coronavirus pandemic which is cause for concern.

Several bodies have been coming to Anahi Ortiz’s office in a short period. In just 36 hours her office experienced an alarming number of nine deaths from overdose. She expresses her concerns saying they have run out of wheeled carts for the bodies. Ortiz is a coroner in Columbus, Ohio, and is one among many who are dealing with deaths by overdose.

Fatal overdoses are twice as many in recent months compared to all of last year, these reports come from the Police in Roanoke County, Va.

Kentucky very recently finished celebrating its first drop in overdose deaths after five years of battle with the crisis. Now however many towns are looking at a reverse in numbers. This is alarming because the change is abrupt and the cases are rising.

Nationwide, local and federal officials are coming in with alarming reports of drug overdoses. This is becoming a covert epidemic during the coronavirus pandemic. To better understand why this is happening evidence suggests that public isolation, economic recession, and disruptions in the drug trade are driving the surge.

Any overall conclusions on the issue will observe a delay considering how long the government takes to record data. An approximate five to six months may pass before exact numbers arrive on the increase in drug overdoses during the pandemic.

Data from drug-related emergency calls and information from coroners suggests there is an increase a dangerous in overdoses. The problem doesn’t end here because the cases of drug overdoses seem to be accelerating definitely.

The seriousness of the matter is plain if we look at national overdose numbers. Overdoses including those that were not lethal have increased from 18 percent in March of last year to 29 percent in April and now it has increased to 42 percent this May.

These numbers reported by the Overdose Detection Mapping Application program which is a federal initiative come from data found in ambulance teams, police, and hospitals. What’s more alarming is that in some jurisdictions, like that in Milwaukee County, drug overdoses have doubled more than 50 percent.

Also read: China’s Military to Use the Latest Coronavirus Vaccine

After the coronavirus pandemic led countries to close borders and cities to shut down, authorities expected the numbers to go down. This however did not happen and the opposite took place instead.

Authorities believed if supply lines stop, people would not receive their drug supplies. This however did not seem to deter the numbers of overdoses. The reason for this demographic is that when people don’t get their preferred drug they seek out more dangerous and unknown substances. These substances have increased risks of death by overdose.

Medical examiners are saying that they are receiving synthetic drugs and uncommon substances in their autopsy and toxicology reports. This data only further confirms that people are turning to lesser-known alternatives and in doing so putting their lives at risk.

Social distancing is also one reason to consider, as more and more people live in isolation they have lesser people available to call 911 for them. They also have fewer chances of having someone administer a lifesaving antidote for overdose called naloxone. This is also known as Narcan.

What makes matters worse is that even before the coronavirus pandemic, experts have noted the nation’s poor infrastructural ability to help out people with substance abuse disorders. These areas do not have sufficient funds to cater to this problem. Without a proper plan by the government cases of drug overdoses will show no signs of stopping.

Alex H. Kral is an epidemiologist at the non-profit research institute RTI International. He says while there are no vaccines for COVID-19 there are highly effective treatments to help opioid disorders.

This is important because unlike the coronavirus pandemic, this epidemic can be helped. If the increase in drug overdoses receives due consideration and resources for help are available, this can save the lives of many.