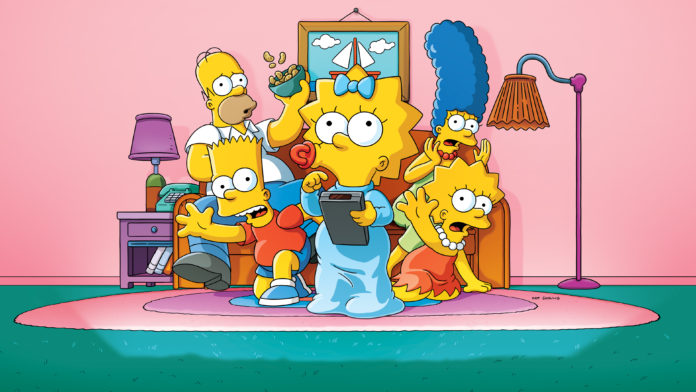 The Simpsons is a comedy animated series that was first aired in December 1989. It is one of the longest-running TV series which focuses on a family living in Springfield town, in an anonymous state of USA. Ever since the latest Chinese coronavirus has made it to international media, fans of this TV series claim that it actually warned the whole about this coronavirus outbreak, 27 years ago.

To prove this statement, they present an episode of The Simpsons, season 4, “Marge In Chains”, from 1993 which features a story when a flu-like virus called “Osaka Flu” was spreading in Springfield that originated from Japan. This virus was transmitted through the juicers imported from Japan by Springfield.

This particular episode shows juicers being packed into huge boxes in Japan where one of the virus-infected workers says that “Please don’t tell the supervisor I have the flu.”

He is observed coughing on the juicers while packing and these juicers packs are then delivered to Springfield, USA. As soon as these boxes made it to Springfield, this virus is spread and suddenly the whole town is caught with “Osaka Flu” originated from an Asian country, Japan.

The virus in The Simpsons was originated from Japan and not Wuhan, China which is an epicenter of the global coronavirus outbreak. The fans are on fire saying that the cartoons predicted nearly all global events years ago.

Before this, The Simpsons was already in limelight for predicting multiple global events and some of them proved to be true. However, many times this prediction was questionable and thought to be only a coincidence where nothing looked suspicious.

Still, many people believe that this latest connection between The Simpsons and the global Chinese coronavirus is not a coincidence and the cartoons were actually warning us nearly three decades ago for this outbreak.

At the start, it looks like an altered image of a storyline, and The Simpsons never actually featured anything on the “Corona Virus” originated from China in “Marge In Chains.” Episode. And this “Osaka virus” in The Simpsons was spread via good to the USA but coronavirus is spreading via Chinese visitors so these two cannot be compared.

But this whole event shares so much similarity with a previous controversy where the fans claimed The Simpsons to predict the winning of Super Bowl LIV in San Francisco where 49ers lost to Kansas City Chiefs.

In contrary to this, many other people think that connections can be “drawn” with a lot of careful homework and doesn’t always mean a “connection” is between two events. So nothing between Marge in chains and coronavirus outbreak makes any parallel going like the show fans claim.

As to the coronavirus outbreak, the virus has now taken nearly 500 deaths in China and thousands of infected cases. China is doing all it takes to get control over this outbreak. Meanwhile, the US government has announced a public health emergency where the president has issued prohibition orders to all foreign travelers who have traveled to China to enter into the US. But these restrictions don’t apply to the families of US citizens or dual nationals.