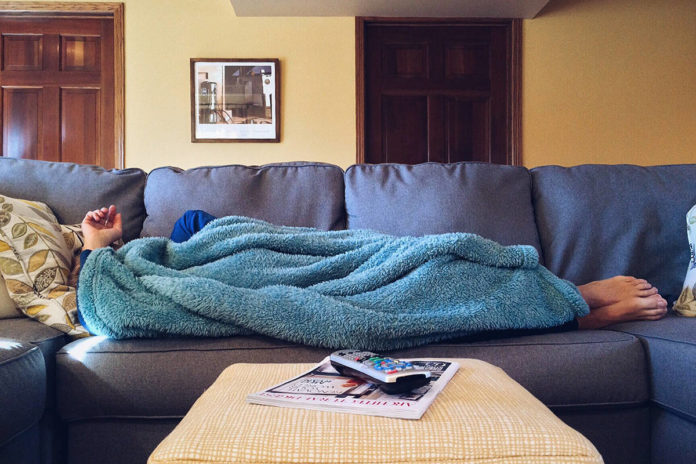 Does your work keep you sit for too long or are you too lazy to take out time for a walk? If yes, here is something that could make you worried. A research study published on Monday in the Journal of the American Heart Association says that sitting habits of women can predict their risk of diabetes and heart diseases.

Here is a link to this study.

Researchers studied the sitting patterns and habits of middle to old age, post-menopausal women and came to an end that those who spend more time sitting and are obese are at a higher risk of diabetes and heart diseases.

Dr. Dorothy D. Sears is a professor of nutrition at Arizona State University’s College of Health Solutions. As the co-author of this research, she says that;

“The findings of this study build upon earlier research including our own, which showed, among older women, that too much time in sedentary behaviors was associated with a higher risk for diabetes and heart disease.”

Dr. Sears and her colleagues have studied more than 500 Hispanic and non-Hispanic women for years. Their target age group and BMI were 63 years and 31 kg/m2 respectively. Usually, a BMI that is greater than 30 is considered obesity.

All the study participants were wearing accelerometers for two weeks. This device was worn on the hip and recorded their walking and sitting time other than for routine tasks i.e. sleeping, showering, etc. Later on, they were subjected to a blood test to verify their accelerometer readings to have a record of their blood sugar level and insulin resistance.

The results obtained from these study participants were analyzed into one single group separated by ethnicities; Hispanic and non-Hispanic women.

As to the study authors, the sitting pattern and habits vary in different ethnicities. As to which, the post-menopausal Hispanic women were sitting one hour less than non-Hispanic on average. Also, they don’t spend as much time in uninterrupted sitting as non-Hispanic women.

Additionally, every 15-minute spent in uninterrupted sitting was thought to increase fasting blood sugar more by 5%  is Hispanic and 1% in non-Hispanic women. For those who don’t know an increase in insulin resistance increases the risk of heart disease as well as diabetes type 2.

RELATED: Metformin May Be Effective In Treating Childhood Obesity

Dr. Sears said; “We were surprised to observe such a strong negative link between the amount of time spent sitting and insulin resistance, and that this association was still strong after we accounted for exercise and obesity.”

She further shared that; “Health care providers should encourage patients, including older adults, to reduce their sitting time, take breaks in their sitting time and replace sitting with brief periods of standing or light physical activity.”

The reduced hours spent in sitting give a better glucose control and overall blood circulation as a moderate physical activity does. So even a light intensity exercise or physical activity could help to reduce these risks of heart diseases and diabetes in women.