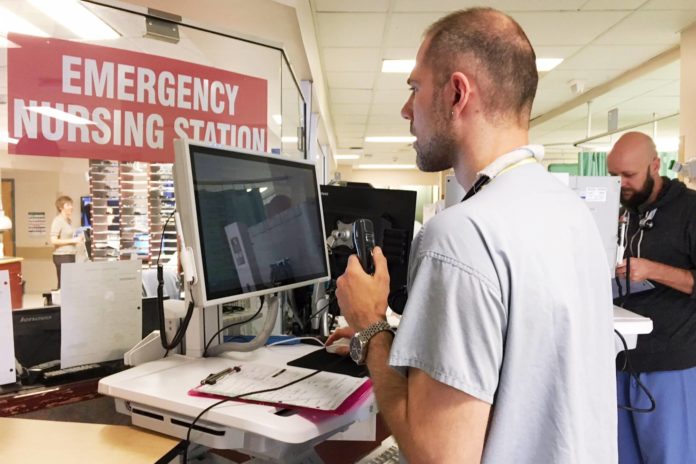 With changing times, humans are starting to rely more and more on the machines. Smart management of data and using it in our benefit is improving daily. The medical field is also seeing such advancements.

However, there is still much time before complete automation of human functions as there will always be some error in the functioning of machines due to lack of natural instinct.

Use of AI in EHR in order to boost data extraction, finding, and personal treatment recommendation. However, the system is showing repeated errors in its functioning despite the efforts of researchers and continual improvements.

The performance of EHR is improving with time but there is still lags in the system almost one-third of the time, the study revealed.

They especially stressed the problems such as the processes used for fixing bugs in the medication orders. The Clinical Decision support (CSD) tools used in EHR witnessed improvements in the decade but there is a lot of room for betterment.

Researchers from well-esteemed institutions worldwide conducted surveys from 2009 to 2018 with the data of around 2000 medical care centers. A nationally certified test from The Leapfrog Group was used in the test by every institute.

Researchers concluded there is weakening in the system and there should be optimized for a better installation, customization, and safe use of EHR in drug stores for patient assessment.

Overall results of the test showed that the capacity for error detection in E-health records increased from 53.9% to 65.6% in a matter of just ten years, but we need to improve it much further as patients’ health is at risk.

Treatment practices are advancing by the hour but we will need to make much more effort to achieve ideal results. The drug-energy and drug-drug interaction alarms are making better progress throughout.

On the other hand, warning for dose limits and needed modifications to avoid kidney failure are not detecting the errors.

Study results show a comforting result that previously increased errors are not that much in effect nowadays. For judging their performance, we use tools like the Leapfrog Group.

The solution to this problem comes from two sides. Both vendors and hospitals need to make some important modifications.

Vendors have to boost the quality of operations and involve doctors, nurses, and other consumers in monitoring the system. The office of National Coordination for Health Information Technology who is over EHR just started an EHR reporting agenda that will in adaptation and publications.

All in all, E-health Records are helping in making the health care facility more advanced and optimized but the study in discussion proves there is still much need of betterment in this sector