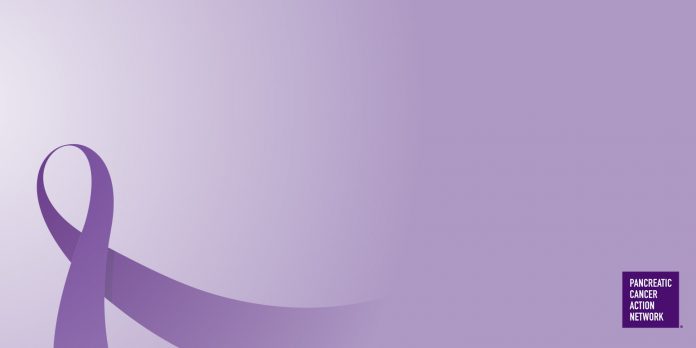 The Pancreatic Cancer Action Network (PanCAN) has announced today that it is launching a Pancreatic Cancer Awareness Month campaign throughout November 2019. This year, PanCan aims to spread awareness in the general public about the world’s toughest cancer by following a series of Public Service Announcements (PSAs).

These announcements would be casual, more like storytelling in order to grab the attention of the general public. PanCAN hopes to help by sharing information on the symptoms and health risks of pancreatic cancer.

These campaigns will feature a number of people who have been affected by pancreatic cancer. The PSA videos would come out every week and they would focus on the importance of self-advocacy on cancer and early-stage diagnosis.

President/CEO of PanCAN, Julie Fleshman has described the Pancreatic Cancer Awareness Month PSA campaign through a short teaser video that is available online. One of the guests to share their experiences is Frankie Banali, the drummer for Quiet Riot.

In April 2019, Frankie was diagnosed with stage-4 pancreatic cancer. He would share his story in this PanCAN’s Pancreatic Cancer Awareness Month PSA campaign to raise awareness this November. Another participant in this campaign is Dag Kittlaus, Co-Founder and CEO of Siri, Craig Irving, a corporate sales manager for American Airlines and many more pancreatic cancer survivors. This PSA campaign will be featured on PanCAN’s November Awareness microsite and open to access online.

Cancer discriminates no one and to get effective control of pancreatic cancer, it is necessary to find meaningful solutions for the betterment of patients. The campaign welcomes everyone to know about symptoms, precautions and risk factors of cancer. Anyone can join a local PanCAN PurpleStride walk. Also, anyone can be a  monthly donor to support PanCAN’s mission on pancreatic cancer awareness.

Pancreatic cancer is the third highly prevalent type of causes worldwide. It contributes to a large number of cancer-related deaths in the United States and this mortality rate is increasing every year.

The experts predict nearly 57,000 people to be diagnosed with pancreatic cancer by the end of 2019. Among these patients, more than 45,000 may die from this disease. It makes the five-year survival rate to be nine percent only which s the lowest among all major cancer’s survival rates.

Surprisingly there are no screening tests or early diagnostic methods for pancreatic cancer right now. So most of the patients are diagnosed when they are already at the final stages of pancreatic cancer. At this stage, there is no other treatment option than surgery.

There are no such symptoms of pancreatic cancer. At the start, they often seem vague and general. That is why it is sometimes misdiagnosed as other less serious diseases. The major signs of pancreatic cancer are abdominal pain or mid-back pain, and unexplained weight loss, nausea, jaundice, appetite loss, changes in bowel and newly-onset of diabetes.

PanCAN wishes every person to notice these signs if they are persistent and do not go away even with common medicines. That is why it is necessary to know about the risk factors before it is too late.

The World Pancreatic Cancer Day on Nov. 21 is approaching. The Pancreatic Cancer Action Network (PanCAN) wishes everyone to pay attention to these health changes so that the pancreatic cancer survival rate may increase in the future. For more details on pancan.org/november, follow the official accounts on Twitter, Instagram, and Facebook.