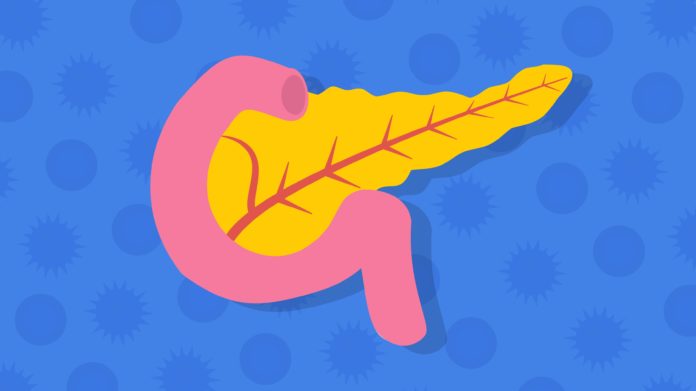 Recently, research focusing on the use of newly developed technology for the detection of cancerous tumors in the pancreas has been successfully used for diagnosis with high accuracy. A team of researchers at Ohio State University Wexner Medical Center led by Dr. Somashekar Krishna.

According to Dr. Krishna, who is an endocrinologist, only nine percent of the patients survive five years after they are given a diagnosis of pancreatic cancer. This is because cancerous tumors in the pancreas are typically hard to detect.

By the time doctors are able to diagnose cancer, it has often reached a stage where the majority of the treatments do not work and the patient has only limited options.

Usually, pancreatic cancer produces no symptoms. Therefore, most of the health professionals are not able to diagnose it even after a physical examination.

Advance stage pancreatic cancer comes with a number of different symptoms including blood clot formation, dark colored urine, unexplained weight loss, fatigue, itchy skin, loss of appetite, signs similar to jaundice such as yellow hues in eyes, lips, and skin, and increased difficulty in controlling blood sugar and diabetes or getting a new diagnosis of diabetes.

Research till now has not identified the exact cause of pancreatic cancer. However, there are a number of factors that increase the risk which is having a genetic disposition, lifestyle habits such as smoking, having a poor daily diet, and having pre-existing conditions including diabetes and pancreatitis or inflammation in the pancreas.

The pancreas normally can have different types of growth. The formation of cysts on the wall of the pancreas is common and does not typically require treatment as the body is able to get rid of them on its own. It becomes a problem when a cyst gets pre-cancerous and cancerous.

Secondly, cancer can begin directly in the form of a cancerous tumor. The most common type of pancreatic cancer starts in the passage or duct that transfers digestive enzymes which are also referred to as pancreatic ductal adenocarcinoma.

Also read- Can MDMA (Ecstasy) Be Used For Medical Purposes?

In the new study, the team led by Dr. Krishna tested new technology that uses laser light along with a microscope to view the inside of a cyst in the pancreas.

Using this method, the researchers were able to detect cancer with an accuracy of ninety-seven percent to ninety-six percent. Dr. Krishna states that new doctors can be trained to use this method to diagnose precancerous cysts in the future.

Pancreatic cancer is one of the fastest rising forms of cancers around the world and is the ninth most prevalent type in the United States. Statistically, pancreatic cancer is responsible for seven percent of the total deaths and caused over forty-five thousand deaths this passing year alone.