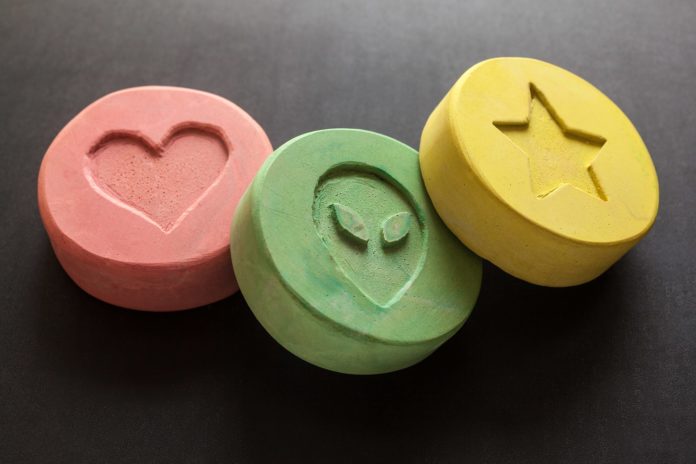 Recently, new research on Methylenedioxymethamphetamine (MDMA) has shown that it can be used for the treatment of mental health issues. Researchers from Albert Einstein College and Stanford University looked at how the positive impact of using the drug in restricted amounts and its potential beneficial outcomes.

Methylenedioxymethamphetamine or what is commonly referred to as ‘ecstasy’ or ‘molly’ is a popular psychoactive drug that is used by people especially at events, festivals and parties as it elevates energy levels and helps a person become more sociable.

The National Institue of Health (NIH) classifies MDMA under Schedule 1 Drugs. This means that there are no proven medical practices that involve the use of the drug, which makes it unsafe and illegal for usage.

Previously, MDMA was recommended by doctors in the 1970s even though it had not received approval from the U.S. Food and Drug Administration for prescription and usage. However, many of the psychiatrists believed that drug made talking sessions easier as it helped the patient become more empathetic and sociable.

In 1985, the Drug Enforcement Administration declared an emergency regarding the use of MDMA as it was discovered to be highly addictive. Ever since then, the drug was banned and listed as a Schedule 1 Drug. Now, a number of studies are looking at how the mind-altering effects of ecstasy can help in pain management and in controlling a number of conditions related to mental health.

The new research, whose findings appear in the journal Science Transitional Medicine, firstly looked at how MDMA causes its positive effects as well as to how it becomes addictive. To do so, the researchers looked for answers in the brain’s circuit system and found that it has the potential to make something harmful desirable.

Hence, when a person takes any drugs which can be abused, they trick the brain as they trigger brain cells into releasing a surge of dopamine, which is also known as the happy hormone. The release of dopamine further affects an area of the brain that plays a major role in sending ‘reward’ or ‘satisfaction’ signals which, in turn, makes the substance even more desirable.

In addition to these findings, the team also discovered that the positive effects of MDMA are a result of the release of another hormone in the brain known as serotonin which is associated with functions such as social behavior, satisfaction, mood, and sexual desire.

After looking at mechanisms for both addiction and the positive impact of ecstasy, the researchers tested whether it was possible to get the benefits of the drug without developing an addiction using a lab rodent model. In the model, they found that a low dose of 7.5mg can be safely used for becoming more sociable without getting addicted.

However, the researchers also state that though this proves that MDMA can help in some situations, it should never be used on a daily basis as its long term effects have not been studied.