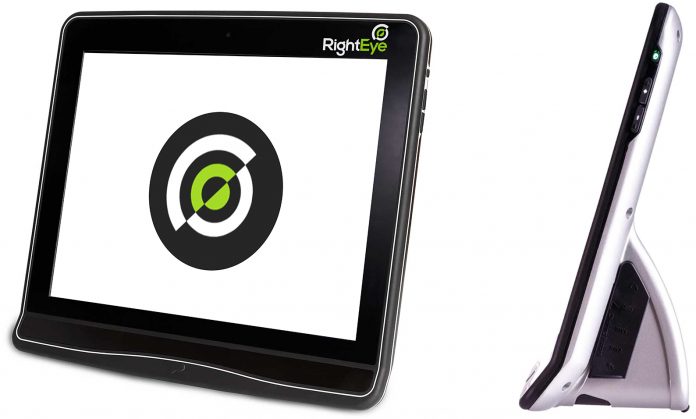 RightEye LLC, which is a company that focuses on eye movement behavior as a biomarker and develops innovative technology, has recently announced that its new system called the RightEye Vision System has received approval from the U.S. Food and Drug Administration. More specifically, the newly diagnosed diagnostic technology has been granted the Breakthrough Device Designation.

The Breakthrough Device Program from the U.S. Food and Drug Administration is specified for technological developments that only either provides an improved and better treatment alternative for life-threatening health conditions or for a disease that is progressive and its effects are irreversible.

In the case of the RightEye Vision system, the medical device falls under the terms and conditions of the Breakthrough Designation because it provides a new diagnostic test for Parkison’s disease.

Parkinson’s disease is a neurological disorder that causes coordination issues, shaking, difficulty in movements, and stiffness. It is progressive and may get worse over time causing problems such as loss of control over movement, inability to think, changes in behavior and even mental problems like depression.

Statistically, around ten million people around the world are diagnosed with Parkinson’s disease. However, women have a fifty percent higher chance of being affected by the disease than men. Age is the biggest risk factor for Parkinson’s but around five to ten percent of the people may experience early onset which begins before the age of fifty.

Previously, there are no tests for Parkinson’s disease that come with one hundred percent accurate results. Doctors and health professionals recommend a number of different neurological examinations for the confirmation of the disease. Misdiagnosis is often an issue in many of the cases.

The Director of Clinical Research at the Southeast Parkinson’s Disease Research, Education, and Clinical Center, George Gitchel says that around sixty percent of the patients often get a misdiagnosis once and about one-third of them get it twice. He adds that the diagnosis of Parkinson’s disease is challenging and patients typically have to make several visits to different doctors solely to figure out what condition they are suffering from.

The newly developed technology used in the RightEye Vision System focuses on the ocular movements in the eye of the person that may potentially have Parkinson’s disease. In accordance with research, people with the condition have persistent ocular tremors that can prevent stability during fixation.

By using the oculomotor testing technology, doctors can diagnose Parkinson’s disease effectively. In addition, since ocular tremors are common and appear even at the earliest stage of the disease, doctors may be able to start the treatment with an early diagnosis.

In 2018, RightEye LLC’s technology was approved by the FDA for the purpose of studying eye movements as well as factors that cause problems and eye impairment. The data from the observations made discovered not only eye movements in Parkinson’s disease but also abnormalities and deficiencies that may be associated with neurological and oculomotor issues.

The CEO and co-founder of Right Eye LLC, Adam Gross, says that the Breakthrough Designation can help the company solve an integral part of a very common problem in the United States and globally.