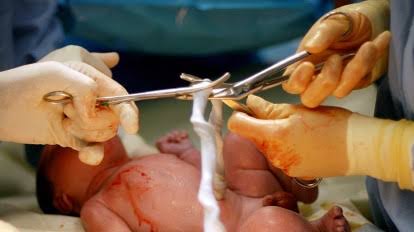 Milking the umbilical cord of a newborn, a usual practice has some undesirable consequences. In a recent study, it has been concluded that milking increases the risk of intraventricular hemorrhage. National Institutes of Health have funded this research while Sharp Mary Birch Hospital for Women and Newborns in San Diego conducted it.

The research is published online in the Journal of American Medical Association.

The study also found that pushing the contents of the umbilical cord into the abdomen of the newborn before the cord’s clamping could lead to bleeding in the brain’s cavities in preterm babies.

Researchers from the hospital and experts in different institutions in the United States and Europe found that a postponement in the clamping gives more time to blood for a natural flow from the cord towards the abdomen.

In infants having gestation time of 23 to 27 weeks in the group under observation (milking group), the prevalence of illnesses in the brain ventricular regions was higher in comparison to the group having delayed time for clamping.

Some of the researches in the past have suggested delayed clamping alleviated the prevalence of anemia in children and helps in cognitive development in childhood. However, in some cases, delayed clamping leads to a delay in respiratory support (transmembrane functioning) in preterm infants.

In the study, scientists enrolled women who were at less than 32 weeks of pregnancy and were at risk of preterm birth. Going through early labor, the groups having babies went through umbilical milking and delayed cord clamping on a randomized basis for a minute. However, a choice was given to obstetricians to opt-out of the selected option in terms of safety assurance.

The experts enrolled 474 infants and put them through a randomized clinical trial having 236 infants targeted for milking procedure and 238 assigned to delayed clamping.

On considering only the death rate, 7 percent in the milking group and 8 percent of statistics were shown in the delayed clamping group.

In comparison to more mature preterm infants, preterm infants that were younger had a more constrained blood flow towards the brain. Experts suggested that the elevation in the blood flow that occurred due to milking of the umbilical cord stressed the vessels in mind to rupture them.

They also noted that prior studies had depicted a more significant rate of severe intraventricular hemorrhage in premature babies born through normal delivery in comparison to those born through C-section.

Intraventricular hemorrhage was more prevalent in extremely premature babies, according to the study. That is why the researchers are emphasizing the effects more on preterm babies born at 30 to 32 weeks on further studies that will branch from this pilot study.