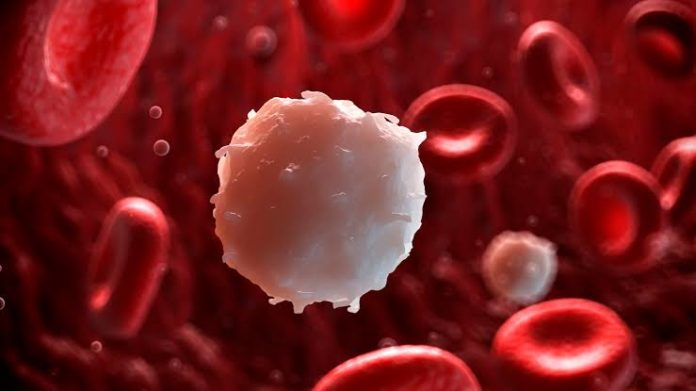 Recently, a new Danish study discovered that the risk of developing any chronic condition as well as death increases with the decrease in lymphocytes, commonly referred to as white blood cells, in the blood. The findings can possibly help doctors diagnose a person who is at risk and start early treatment.

Previous research on the impact of lymphocyte count in the blood has shown that lower than required levels of lymphocytes are typically associated with the development of a potentially dangerous infection.

The lack of white blood cells in the blood is also known as lymphopenia or Lymphocytopenia. The condition usually occurs with an infection or disease. Therefore, doctors check for symptoms and recommend particular tests to diagnose the specific underlying issue.

The reason why white blood cells are important to the body and linked with all life-threatening conditions is that they form a major part of a person’s immune system or defensive mechanism against any abnormality or foreign invaders like bacteria and viruses.

Lymphocytes are present in the blood and in the lymph fluid. In addition to defending the body, they also play a fundamental role in the stimulation of other immune responses and help in making any vaccinations work as well as recovering from past infections.

There are three different types of lymphocytes that work together to maintain health. This includes NK or Natural Killers cells which are responsible for destroying infected and cancerous cells.

T Cells kill abnormal cells and also work with B Cells in signaling proteins along with making antibodies to stop the spread of a bacterial or viral infection in the body.

A low level of any of these white blood cells can not only make the immune system weak but also make it easier for bacteria or viruses to spread. Consequently, it is generally extremely difficult to stop the uncontrollable fungal, viral, or bacterial infection even with medication.

Although it was known that low lymphocyte count is linked with infections but people who are seen to have lymphopenia, which typically can be diagnosed using simple blood tests, health professionals did not investigate further as its importance for the future was not determined.

The new research, whose findings appear in the Canadian Medical Journal Association, explores the importance of diagnosing and treating lymphopenia especially for lowering the risk of premature death.

The study co-author Dr. Stig Bojesen, states that a low level of white blood cells in the blood raises the risk of dying in all people alike. For the purpose of the study, the researchers looked at data of 108,135 people aged twenty and over sourced from the Copenhagen General Population Study from 2003-2015.

During the period of the study, around 10,372 died. It was found that the lack of lymphocytes was associated with a 2.8 fold increase in the risk of death from respiratory disease, chronic infections, cancer, and heart disease. Overall, there was a 1.6 fold increase in death from any cause.

The researchers explain that a decrease in the level of lymphocytes means that the body is unable to recover and survive especially in the case of life-threatening diseases, which is the reason why there is an increased risk of death.