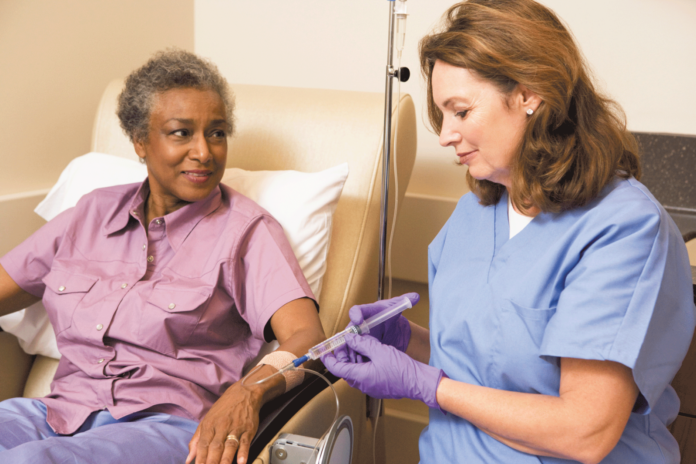 Scientists from Israel have been successful in presenting a treatment with the absolute destruction of tumorous cells without causing any harm to healthy cells, making it a highly potential cure for the treatment of cancer.

The firm Alpha Tau Medical from Israel has recently worked on developing a new treatment for cancer that invades tumors only. It is to be noted that treatments for cancer including radiation therapy involved the killing of healthy cells of the body as well. This is not the case for this treatment – Alpha Diffusing Alpha Emitter Radiation Treatment – also known as Alpha DART.

What makes this cancer treatment so special?

Unlike the painful procedures of radiation therapy and the nerve-wracking effects of the medications from the chemotherapy, this treatment is claimed to produce no such adverse effects to the patient. The treatment uses alpha radiation for getting tumor treatment. These radiations are utilized in a way that does not cause any harm to the body and is tolerable when it comes to pain.

Alpha particles come with an intrinsic capability to destruct cancerous cells with no adverse side reactions on the normal cells present in the body. On the other side, they follow a highly shortened path length in the tissue, which means they were not getting past the whole volume of the tumor up till now.

The Alphas DART technology – Alpha Diffusing Alpha Emitter Radiation Treatment – utilizes radioactive decaying of an isotope named as radium 224 for powering the spreading of alpha particles at all stages of tumors. It makes the ALPHA DART technology a highly potent killing agent for cancer having a minimum number of side effects.

It restricts the potential damage in the course of the treatment for cancer. On the treatment, some studies are done on a highly promising note that shows an appreciably high safety level for the patients.

Tumor shrinkage in all cases

In a new study, the treatment for cancer exhibited a shrinkage for a tumour in all of the cases and delivered tumor destruction for over 78 percent of all cases.

The professors from the Tel Aviv University professors, Y Keisari and I Kelson together invented the Alpha Diffusing Alpha Emitter Radiation Treatment which Uzi Sofer the CEO in 2016 founded in Alpha Tau.

With the advent of this facility, other centers and research units for cancer are now also looking into the Alpha DART – Alpha Diffusing Alpha Emitter Radiation Treatment. Along with Israel, studies have been initiated in Canada, the United States of America, Russia, Japan, and Italy.

Alpha Tau might be producing the ultimate cure we all were anticipating, bringing a ray of hope to millions of people across the globe. Although it seems a bit too early to say anything about the case, extensive research cases and findings will help a lot in configuring the ultimate treatment for cancer.