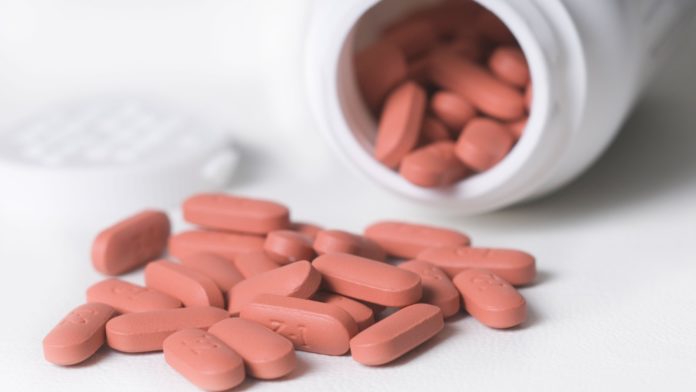 Recently, a new study conducted by researchers from the University of California, Davis explores the effects of a popularly taken medication, ibuprofen, on the health of the liver in a person.

Sold under the brand name Advil or Motrin, ibuprofen is one of the most commonly prescribed and used over the counter nonsteroidal anti-inflammatory drug (NSAID) which is available in the United States.

Ibuprofen can be used for relieving a variety of bodily aches and pains ranging from headaches to back pain. The medicine is also used to manage symptoms of mild cold and fever.

Although it has been proven to be safe for usage, ibuprofen also has a number of side effects just like other anti-inflammatory drugs, especially when used frequently.

Previously, research has identified the negative impacts of ibuprofen usage such as liver issues. However, the authors of the majority of studies on the association between liver health and ibuprofen-use concluded that it is rare and may only be confined to long-term usage of the drug.

Consequently, the likelihood of developing liver issues or having liver damage as a result of taking ibuprofen was also considered low amongst health professionals.

Now, the new research, whose findings appear in the journal Scientific Reports, shows that health experts may have underestimated the extent to which ibuprofen can impact the health of the liver.

In order to look at the extent of ibuprofen’s effects on liver health, the researchers tested the drug on a lab mice model. The mice were then given a commonly prescribed, moderate amount of ibuprofen for seven days.

The dosage given to mice in the study was equivalent to a person taking around 486 milligrams of the drug on a daily basis.

To look at the effects of ibuprofen in the mice after a week, the researchers used advanced mass spectrometry, which is a set of advanced techniques for determining the chemicals, their ratio and particular type in a sample quickly at any time.

Read also: Vegetarian Diets May Lower the Risk of Having a Stroke

After the testing, it was discovered the impact of ibuprofen on the liver was much more significant than the common belief. Prof. Aldrin Gomes, who is the co-author of the study, explains “We found that ibuprofen caused many more protein expression changes in the liver than we expected,”

Another thing that was noted by the researchers was that the changes were different in male mice and female mice. In the male mice, there were changed in thirty-four metabolic pathways in the liver.

These included those that play a fundamental role in regulating components including the release of active oxygen, hormones, amino acids, vitamins, and the release of hydrogen peroxide in the cells.

If any of these is poorly regulated, it can greatly damage the liver’s health. This specifically applies to the release of hydrogen peroxide in the cells.

On the other hand, the female mice were noted to experience an increase in the activity of an enzyme called cytochrome P450s, which is responsible for breaking down different drugs.

The team explained this finding in the words “The [observations about] cytochrome P450 could mean that other drugs taken with ibuprofen could stay in the body for a longer duration in males, and this has never been shown before,”

Based on the results, the team suggests people take ibuprofen and all drugs in general with caution and as recommended by the doctor in order to avoid any unwanted consequences such as liver issues.