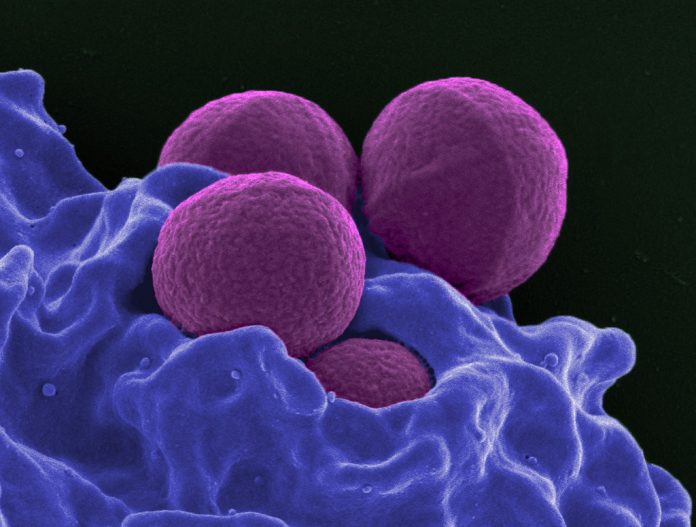 The U.S. Food and Drug Administration recently authorized the marketing of a newly developed test for the diagnosis of Methicillin-resistant Staphylococcus aureus (MRSA) to Roche Molecular Systems Inc, which is a company that develops medical equipment for the purpose of research.

The test uses advanced technology and bacterial viability to detect any colonization of MRSA. Also called the Cobas vivoDx MRSA diagnostic test, the test can help health professionals identify MRSA presence and spread in a patient faster in comparison with conventional methods prescribed for diagnosis.

MRSA bacteria colonization is one of the biggest concerns when it comes to infections prevalent in hospitals. Colonization of the bacteria does not mean that the person has developed the infection but refers to its presence in different areas such as the skin or the nose. MRSA infections are contagious and can spread from one person to another.

In a person, the bacteria may stay dormant for years without causing any health conditions. However, it is still important to detect its presence for preventing or treatment of any future issues especially since the potential bacterial problems are complex and at many times, untreatable. In fact, MRSA has the ability to cause deadly infections which may even lead to death.

According to the Centre for Disease Control and Prevention, around five percent of the hospitals across the United States carry this bacteria. Consequently, the same hospitals are the hub of MRSA colonizations and even infections. In addition to the threat at hospitals, the CDC also recognizes it to play a big role in antimicrobial resistance.

Infections caused by MRSA bacteria are particularly hard to treat at the moment since many of the antibiotics have stopped working. This is because the new bacteria have adapted and become resisted to many of the major antibiotics. The number of cases of MRSA infections was controlled to an extent with the introduction of active screening for early diagnosis of colonization.

In consonance with the CDC, 323,000 MRSA cases in which patients had to be hospitalized in the United States and more than 10,000 deaths in the year 2017 alone. With early detection of colonization, doctors are able to start treatment and implement certain measures in order to cut down the risk of a possible infection in the future. Therefore, active screenings have helped in decreasing the rates of infection in recent years.

Additionally, initiatives and campaigns for better infection control and hygiene maintenance in different hospitals have also reduced the prevalence of infections from the hospitals. Now, the Cobas vivoDx can further decrease the numbers by allowing health professionals a quicker method to the diagnosis of the bacteria.

The test uses bacteriophage technology based on bioluminescence and is able to give results in five hours which is much less than the 24 hours results in the traditional diagnostic testing. Hence, the test can help in prevention and treatment of MRSA infections as soon as possible.