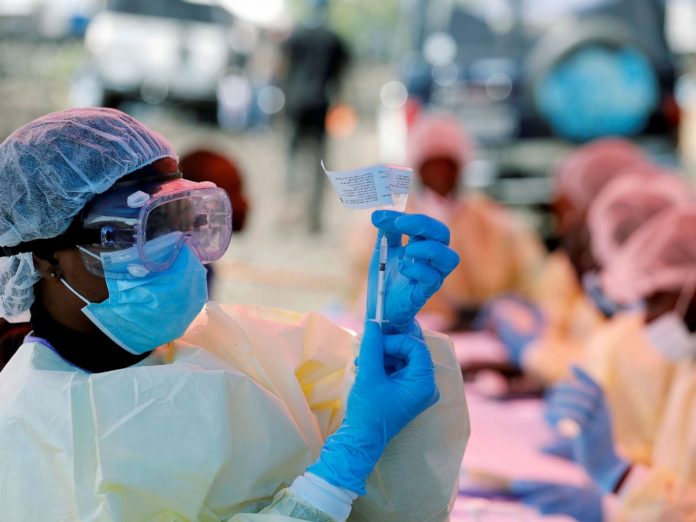 Today The Food and Drug Administration announced the approval of Merck & Co., Inc.’s new vaccine Ervebo which is the first and only FDA-approved safe and effective Ebola virus vaccine. Ervebo is effective for the prevention of diseases caused by Zaire ebolavirus. There are very rare cases of Ebola virus diseases (EVD) in the United States.

Cases that have been reported are because of the infections acquired by the people who traveled to the U.S from other countries or the health care professionals that acquired the infection after dealing with EVD patients.

Click here to read the original Press Release by FDA.

Deputy Commissioner of FDA Anna Abram said that even though the risk of EVD in the U.S. is low, the U.S. government will remain highly committed to combat calamitous Ebola outbreaks in central Africa, including the recent outbreak in DR Congo.

This approval is a crucial step in ongoing efforts to combat Ebola with the collaboration of their partners, U.S. Department of Health and Human Services and their International partners World Health Organization.

The approval of this new vaccine shows the efforts and dedication of the FDA to facilitate the expertise for the availability and development of safe and effective medical drugs to address unmet health needs and combat infectious diseases as part of their essential public health mission.

EVD is endemic and transmitted through body fluids, direct blood contact and tissues of infected people or wild animals, including blood or fluid contaminated materials or surfaces. The appearance of symptoms of EVD is sudden and may include fever, muscle pain, fatigue and headache which is followed by vomiting, diarrhea, impaired liver and kidney function and in some severe cases external or internal bleeding. Healthcare professionals providing care to EVD patients are at a higher risk for not using proper precautions.

Outbreaks of EVD primarily in the areas of sub-Saharan African have been documented. Scientists said that the virus is always present in infected wild animals at low levels. Rare cases of people sickened with EVD after with direct contact with the wild infected animals have been reported which can lead to EVD outbreaks.

FDA approval was based on the outcomes of a study conducted during 2014-2016 outbreaks in Guinea in the individuals of 18 years or above. It was a randomized vaccination study.

The director of the FDA’s Center for Biologics Evaluation and Research, Peter Marks., said that disease is rare but the disease is severe and frequently deadly. Vaccination is important for the prevention of outbreaks and to control the spread of the virus during the outbreak.

The Erverbo approval by the FDA is a major step to protect the Zaire ebolavirus. It is evidence of the advancing U.S government efforts. The research approach used to check the safety and effectiveness of the Erverbo will help to create a model for advanced future studies. This research approach was precedent-setting in the course of a public health emergency.

The FDA shows its commitment to the prevention of future Ebola outbreaks by working across the U.S government with the collaboration of their International partners and for the mitigation of the current DRC outbreak.

The FDA granted a Tropical Disease Priority Review Voucher and Priority Review under a program intended for the development of new therapeutic drugs and biologics for the treatment and prevention of certain diseases. Breakthrough Therapy designation for Everbo was also granted by the FDA to help the scientific evaluation and development of the vaccine.