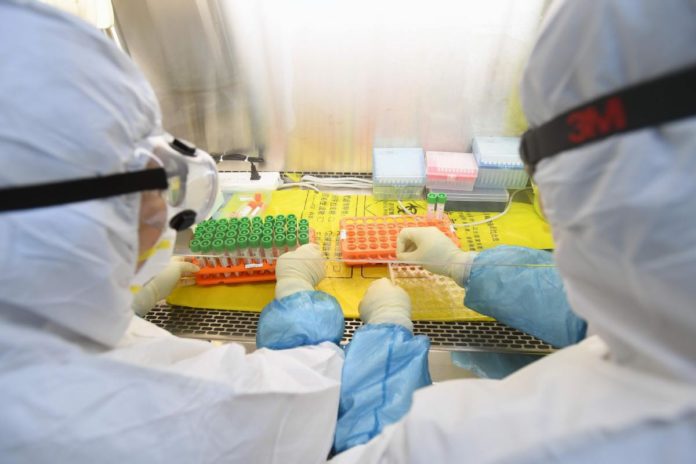 The Chinese health agency has started the mass scale coronavirus testing in Wuhan after the new cluster of coronavirus has been reported. Wuhan has a population of nearly 11 million and the officials have aimed to complete this testing within 10 days. Local health administrators from all districts are requested to conduct the tests for every resident, whether or not they have been previously tested.

The testing protocols are different as to locations and there remains a huge confusion on how this mass scale coronavirus testing would take place within such a limited period of time.

The purpose of conducting the tests on everyone is to estimate whether or not coronavirus cases still exist in Wuhan. Even if they are asymptomatic, it is necessary to evaluate them before lifting the lockdown and easing the policy on the re-opening of the school, public places, and businesses.

The state news agency, Xinhua, has reported that those residents who were never tested for coronavirus would be tested on priority. This priority list also includes old age people and those who live in insanely populated areas.

Although it sounds like an ‘ideal’ plan even the health officials are facing a lot of problems during conducting the mass scale coronavirus testing. The problems are more with densely populated blocks where thousands of people, closely linked to each other are to be tested. In one such attempt of testing last Tuesday, the management reportedly fell short on the labels and different reagents which made the testing to last till 8 pm in the night.

Weibo, an online blog has posted a video showing extremely long queues of Wuhan’s residents waiting for their turn to get tested. The lines were made outside a ‘temporary set up’ based inside a ‘tent’ that was fixed on the ground. Upon asking when would they get their results, they were told by the medics to go home and wait for the test reports as they would inform them when results are here.

A local resident told The Guardian in her interview that she was asked to register for the test by using the phone app ‘WeChat’ and those who didn’t have a smartphone were registered at the checkpoint.

Many locals think that they never had the idea that mass scale coronavirus testing would be such a big problem. And cooperating with the community would take this much time. Many of them have reported complaints mainly regarding the overcrowded testing centers, which could be a risk for transmitting coronavirus if there is any coronavirus patient around.

Also read- Is it Safe to Go to a Doctor During Coronavirus Pandemic?

Wuhan came into limelight in December 2019 when a few people from the local seafood market reported a new pneumonia-like disease, later on, revealed as a new strain of coronavirus. The cases of this new disease reportedly increased in January, followed by the first-ever death by the novel coronavirus. Later on, the whole city was locked down, public gatherings were banned right before the Chinese Lunar New Year.

On May 11th, the district health officials reported conducting a mass scale testing of coronavirus that would be completed in the next ten days. However, many health experts believe it’s impossible to test more than 10 million population of Wuhan in ten days only.

Between April 1st to May 13th, nearly 1.79 million coronavirus tests were completed, published by Reuters’ report. The total number of tests conducted in the coming days would be released after reaching a considerable level of testing.