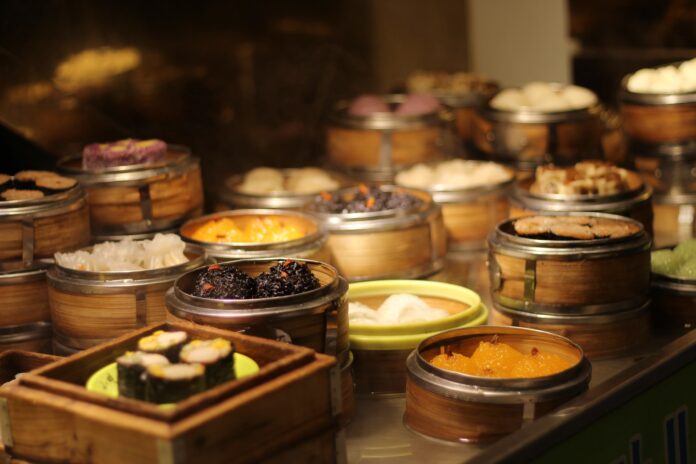 After China introduced a new policy in the light of a national campaign against the wastage of food, a restaurant in central China which decided to follow the policy went a little far and offended its customers.

The restaurant had taken to asking diners to weigh their bodies and then choosing to order food in accordance with their weight. The beef restaurant in Changsha city then arranged two big weighing scales last week right at its entrance.

The restaurants then proceeded to ask diners to type in their measurements into a mobile app that was specially designed to recommend menu items appropriate for the weight they are.

To encourage their customers they put up signs that read ‘be thrifty and diligent, promote empty plates’ and also ‘operation empty plate’

The changes came just as China has begun to realize how big its problem of food waste is considering its large population of 1.4 billion people.

The policy however ended up causing a huge uproar on social media applications in China.

On the social media platform called Weibo, hashtags involving the restaurant have reached above 300 million views.

The restaurant proceeded to apologize for how it interpreted and understood the national ‘clean plate campaign’ and implemented it in its dining space.

In an apology, they clarified their actions saying they never forced their customers to check their weights and that their actions came from well-meaning intentions to help stop food waste.

The restaurant faced online complaints saying their behavior can be described as fat-shaming, which is an issue that is being taken quite seriously around the globe with the advent of internet activism.

President Xi Jinping just this week kick-started the campaign saying the height at which the nation wastes food is not only appalling but distressing too.

His statement also comes weeks after southern china experienced massive flooding across farms which ended up ruining and destroying tons of produce.

Following his message, the Wuhan Catering Industry Association asserted that restaurants in the city reduce the number of dishes they put up on the menu and that a system is implemented that ensures that large groups of diners only order on a dish that is less than the number of people on the table.

Under this system, therefore, a group of 10 people, for instance, can order about only 9 dishes which means the system follows the sequence of ‘N-1’

State Television has also taken to criticizing people who recorded themselves devouring large amounts of food.

People have however taken to Chinese social media platforms to debate the policy and asking whether it is logical and helpful for the problem at hand.

Besides food waste problems, China is also experiencing a growing problem of obesity in its population. In 2016 the country managed to beat the US in having the largest number of people who were obese in the whole world. Much can be attributed to why this is so, one of the reasons being bad eating habits due to long working hours and less time for preparing anything healthy.