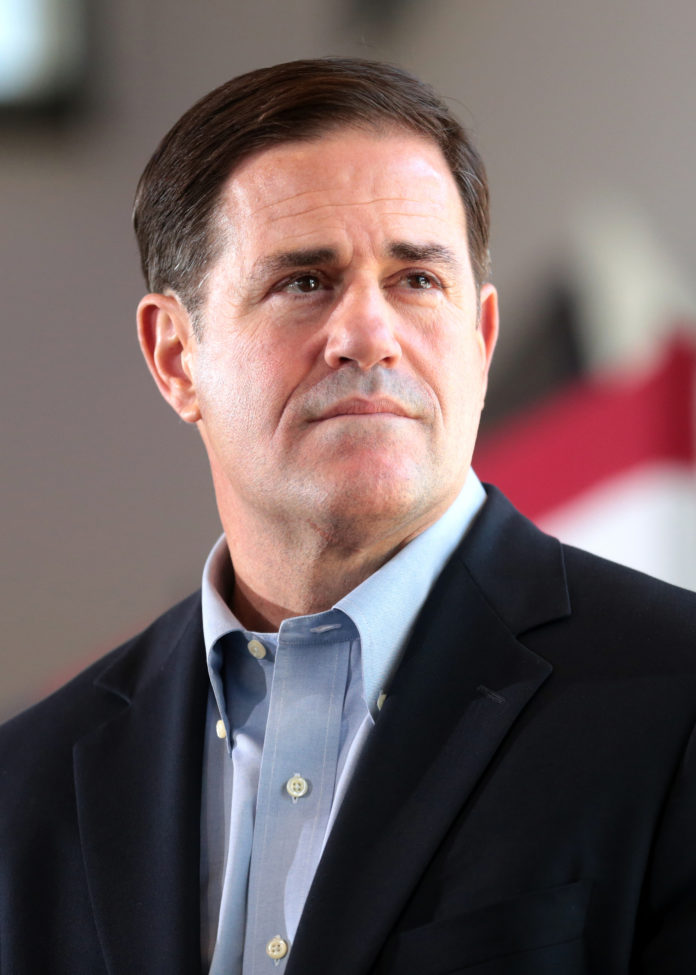 After staying in lockdown for almost ninety days, the US government lifted lockdown in many of the states, including Arizona, which had eased lockdown restrictions only three weeks ago after coronavirus spread had been reportedly controlled.

However, according to recent reports, the number of cases of coronavirus infection has spiked again as people have returned to work, schools, and starting going outdoor more often than before, leading to the second wave of coronavirus.

In the past twenty-four hour period, twenty-five deaths due to coronavirus infection were reported along with more than one thousand five hundred new cases.

With an increasing number of people contracting the coronavirus in Arizona and a higher death toll, authorities have warned about lack of facilities and even bedding in the hospital to accommodate and treat more people which can pave the way for even more infections.

However, the governor of Arizona, Doug Ducey, has stated that the current situation is not something to worry about as the figures have only gone up since there has been widespread testing for the purpose of tracing new cases.

On the other hand, critics on the management of coronavirus infection in Arizona have disagreed, saying that there is a lack of action to control the rising cases by the Republican government, which has already encouraged people to abandon following preventive measures itself by not wearing masks in public spaces.

Though Arizona state and its residents took the ongoing health crisis seriously in the beginning and followed restrictions, all of the preventive steps were abandoned once the lockdown was lifted.

Hence, many people also stopped wearing masks and practicing social distancing, leading to the second wave of coronavirus infection in the state. Arizona is the first state so far to experience a second wave.

Kelli Butler, who is the Democrats’ ranking member of the state’s House Health Committee and the representative for Arizona, says that Arizona is not prepared for a second, deadlier wave of the virus as there are reports of lack of emergency rooms, necessary equipment, and space in hospitals in general.

The director of the Maricopa County Department of Public Health, Marcy Flanagan, expressed similar concerns at a press conference held a few days back, saying:

“We’re starting to see some indicators that the number of COVID-19 cases is increasing in Maricopa County and we have enough information to know these increases are not due to just an increase in testing that is occurring,”

Following the increase in coronavirus cases in the state, Gov. Doug Ducey was questioned regarding the lack of changes in the government’s response to the rising cases on June fourth.

Ducey responded by assuring that the state is not in a crisis and there have already been adjustments just in case the virus does go out of hand. The spokesman for the governor,  Patrick Ptak stated that the increase in the cases of coronavirus infection was already expected.

In addition, Ptak also mentioned that additional sites have already been established if hospitals run out of space while trying to accommodate for new cases of coronavirus in Arizona.

Since testing for coronavirus has increased, the figures are expected to go up even higher in the next few weeks, Ptak added.

According to the president of the Arizona Hospital and Healthcare Association, Ann-Marie Alameddin, around eleven hospitals in the state are already full and cannot take in more patients.

Even though the state seems to be preparing by establishing additional sites and slowly increasing bedding in hospitals, people do not seem to be taking precautionary methods seriously, which is what caused the cases to go up in the first place.

Alameddin further adds that if people continue to abandon preventive measures, the coronavirus just may spread beyond control regardless of the crisis preparations in Arizona.