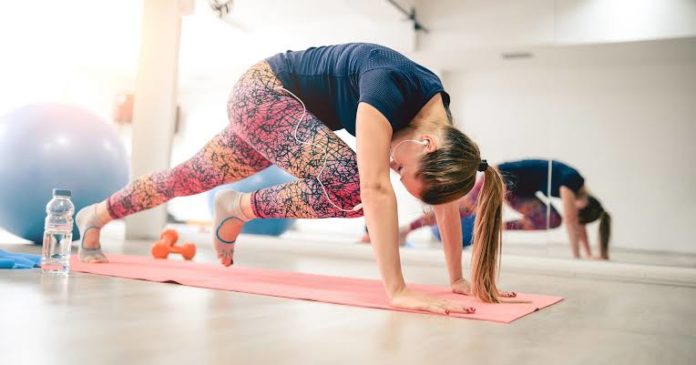 New research from a collaborative venture of researchers from Imperial College, Universities of Glasgow and the West of Scotland, and the Scottish Universities Environmental Research Centre suggests that having a particular appetite-suppressing supplement post-workout can increase the rate of fat burn.

Funded by the Biotechnology and Biological Sciences Research Council, the study focuses on a certain supplement known as ‘inulin-propionate ester‘. Propionate is also produced by gut microbiota during the breakdown of dietary fiber but researchers often bind it chemically to inulin.

During previous trials based on inulin-propionate ester, it was seen to be effective in suppressing appetite specifically for high-calorie foods.

The scientists noted that the participants would not consume more than ten percent of any widely consumed foods that are rich in calories including pasta.

However, most of such studies focused on the ability of IPE to burn fat while the body is in the state of rest. The recent study, whose findings appear in the journal Metabolism explores what happens when the inulin-propionate ester supplement is used in combination with moderate exercise.

According to the World Health Organization, adults aged eighteen to sixty-five are required to add moderate-intensity workout for at least one hundred and fifty minutes or seventy-five minutes of intense workout per week to maintain a healthy weight.

The duration of the workout can vary from person to person depending on other factors such as overall health, specific health conditions, type of exercise, and current body weight. For people wanting to lose weight, exercise is often deemed as mandatory.

It is a common misconception that healthy weight loss can be maintained or achieved without adding physical activity to the daily routine. Hence, the vast majority of people try different ‘diets’ which can be more harmful and cause long-term effects in addition to short-term weight loss and fat burn.

Therefore, health experts always suggest losing weight in the recommended way by maintaining a specific diet along with exercise on a daily basis but since obesity is becoming increasingly common and it is difficult to lose weight, researchers are looking at methods that can boost weight loss.

In the study, it was proven that IPE is effective in causing fat burn and boosting weight loss in combination with a moderate intensity workout plan without alterations in the diet.

For testing IPE with exercise, the researchers looked at twenty women between the ages of twenty-five to forty-five for four weeks. Each one of the participants had a Body Mass Index higher than twenty-five.

During the study period, the participants had the same diet they had before. The blood and gas samples of the participants were collected before, during, and after the trials before each meal for checking changes in fat oxidation levels.

These participants burnt fat for up to seven hours after taking the supplement. While these findings are important, there were certain limitations to the study. The researchers plan on conducting a trial with more participants and for a longer time in the future.