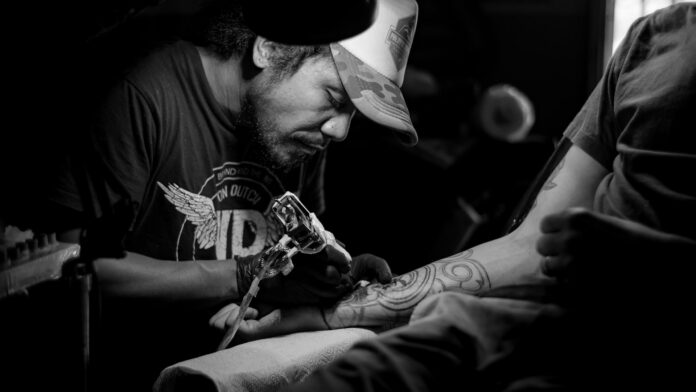 The latest research reveals that normal skin helps the body cool off more than people who have permanent tattoos on their skin. Tattooed skin was found to not sweat as often and may decrease the body’s ability to keep it cool when it is hot. The promising study, the likes of which have not been seen yet is published in the Journal of Applied Physiology.

When a person is present in a hot environment, sweating aids the regulation of body temperature. It is a natural process of the body that keeps it cool during warmer weather conditions. The eccrine glands that produce sweat are situated all over the body. If these glands are damaged or do not work normally as they should the body is placed at added risk of heating more than it should.

Once the eccrine glands are impaired the process of sweating is hindered. According to previous studies, people who have permanent tattoos have been found to have an increased amount of sodium in sweat which means their eccrine sweat glands were not working as they should.

Understanding how the damage occurs we will have to explain how tattoos are done. When a tattoo is formed by puncturing 3 thousand holes in the skin each minute, this may in the process also damage sweat glands.

Volunteers that had tattoos on either their lower or upper arms with at least 5.6 square centimeters of normal skin available at adjacent spaces were studied by the researchers. The volunteers were asked to wear a full-body perfusion suit to encourage a sweating response in the body. The researchers then took measurements of the volunteers’ body temperatures internally and externally. They also took separate readings on tattooed skin and that of normal skin on their arms.

They also used techniques to take readings of their blood flow to the skin. However this they deemed unreliable.

The team discovered that skin without tattoos and skin with tattoos started to sweat at about the same time when responding to heat; this suggests that sweat glands received normal functioning nerve signals even on the skin with tattoos. The decrease in sweat however indicates that damage in the glandular parts did occur when the skin was being tattooed.

The researchers, however, do add that smaller tattoos are not very likely to affect the body temperature of the entire body; less sweating in such skins however can affect heat dissipation if the tattooed skin covers a large percentage of the body’s surface area.

The researchers add that their data argues that collateral damage from the process of tattooing does impact negatively on the function of sweat glands and may offer complications in the long run after this cosmetic procedure takes place.

If you’re looking to get a tattoo this is probably something you should keep in mind before committing to one.