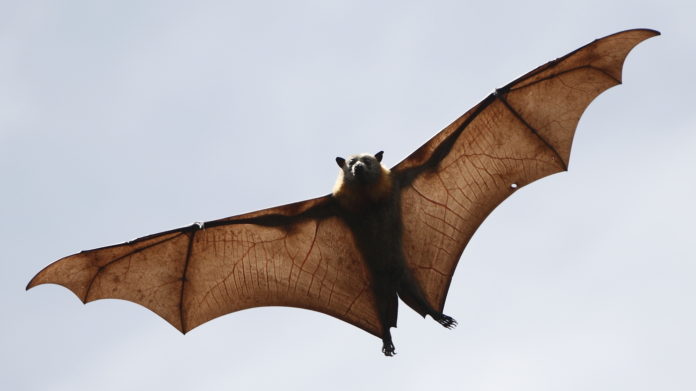 New reports confirm seven novel coronavirus strains in bats. These bats from which these new strains were found in Gabon, Africa. It is not yet confirmed whether or not humans are susceptible to catch these strains of the virus from bats.

Among the thousands of bats tested by experts from Franceville International Medical Research Center, 18 of them were reported to have coronavirus.

Five from the seven new novel coronavirus strains have a link with the older strains that were contracted by humans; research shows.

Coronavirus strains like 229E had been found spreading in humans since the 1960s, it is a strain known only to cause symptoms like that of a common cold. It is under theory and speculation that the new coronavirus strains could spread to humans and might start another pandemic but the basis for such a claim still requires more research to back it

Researchers discovered through genetic sequencing that seven strains of these coronaviruses were unheard of until now. All of these strains in question were found in bats that lived off eating insects. The origin of Covid-19, the strain that has halted normal living worldwide, is still under speculation. Bats from caves in Yunnan are considered to be responsible for the Covid-19 genome.

The city of Wuhan, China, which had been one of the forefront cities to have been hit first by the novel coronavirus, is only 1,000 miles away from the caves of Yunnan.

While scientists consider it very likely that Covid-19 was spread to the human population by bats but it is not likely to have been spread directly but instead through another animal that then spread it further to humans.

The Huanan seafood market is popularly believed to have contained the animal through which the virus spread in late 2019 and began to infect further susceptible humans.

Scientific research is looking through the Huanan seafood market theory, say sources from the UK government but the credibility of the Wuhan laboratory accident is no longer being pushed aside.

A $3.7m grant for experiments to find where the coronaviruses originated is paid by the US government. The results of the research funded by the US National Institutes of Health were published in November 2017. The research included the finding of coronaviruses in bats that were linked to provide new knowledge as to where SARS coronavirus might have originated.

Research by Doctor Cao Bin who works at the Wuhan Jinyintan Hospital reported that 13 of the 41 first diagnosed coronavirus patients had claimed to have no contact with the seafood market; this research has provided further uncertainty to the aspects of where the Covid-19 originated. In the light of Doctor Cao Bin’s findings scientists were forced to contemplate the true origins of the novel virus.

The Chinese Embassy has also responded to the several claims that were made around the Wuhan Laboratory claimed accident. They deemed the allegations to be negatively irresponsible. Published in the Mail their response letter inferred that name-calling and shifting blame to China before any scientific proof is brought forth will bruise co-operation internationally during this trying time.

State Councillor and Foreign Minister Wang Yi expressed his concerns to Foreign Secretary Dominic Raab that people are dangerously beginning to make the epidemic look more political and are wrongly defaming China and naming the virus along with it.

The Foreign Minister expressed UK’s stance on the matter and said that the government was firmly against politicizing the novel coronavirus pandemic and stands with China in the belief that the origins of the virus should be investigated and based on professional scientific evaluations.