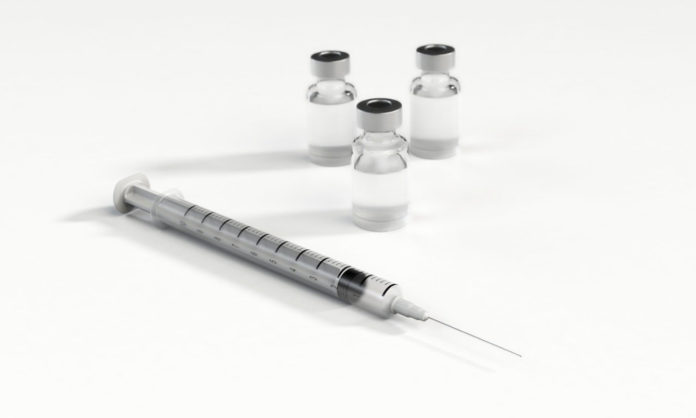 Human Immunodeficiency Virus (HIV) damages the immune system and the most serious form of HIV is AIDS and it can lead to death overtime. No HIV vaccines are currently available in the market but multiple research projects are trying to find an effective vaccine. There is a piece of evidence that the vaccine against HIV is possible.

This new study explains that The National Institute of Allergy and Infectious Diseases (NIAID) finds that the HIV vaccine is not effective. That’s why NIAID has discontinued the administrations of vaccinations in the HVTN 702 clinical trial. An independent data and safety monitoring board (DSMB) also proved that the vaccine regimen cant prevents HIV.

In the clinical trial, more than five thousand HIV-negative volunteers were listed. Most of them were sexually active males and females. The people were between the ages of 18-35. Some of these volunteers received an investigational vaccine regimen and some of them received placebo injections.

The DSMB noted that the investigational vaccines didn’t show any efficacy. That’s why researchers have decided to stop vaccination and to continue this study.

NIH is trying to provide many new approaches to prevent HIV. For this purpose, the Janssen Vaccines and Prevention has sponsored two multinational vaccine trials that are Imbokodo and Mosaico. These vaccine trials are different than the HVTN 702 clinical trial.

Two experimental vaccines are studied under the HVTN 702 vaccine. One is a canarypox vector-based vaccine also called ALVAC-HIV and the other is the protein vaccine. Sanofi Pasteur has supplied ALVAC-HIV and GSK has supplied the protein vaccine. These are modified vaccines from the vaccines used in RV144. It is observed in the HVTN-702 clinical trial that the new vaccine regimen is safe and it induces boostable titers of antibodies to many HIV strains widespread in South Africa.

UNAIDS finds that many people in South Africa are at the highest risk for HIV. Most of them are young women. And more than 20 % of South Africans are living with HIV.

The deputy director of the Town and chief operating officer of the Desmond Tutu HIV Foundation, Linda-Gail Bekker, commends all the South African communities and sites that participated to end the HIV epidemic from the country.